We’re happy to now be able to now show ANTOINE DORÉ’s new book cover for the children’s novel by Gary D. Schmidt’s Okay for Now (French titled: Jusqu’ici Tout Va Bien.) The book is published by L’école des loisirs. We’re showing two different versions as the one that was published eliminated the birds.

“Okay For Now, his latest novel, explores another seemingly improbable alliance, this one between new outsider in town Doug Swieteck and Lil Spicer, the savvy spitfire daughter of his deli owner boss. With her challenging assistance, Doug discovers new sides of himself. Along the way, he also readjusts his relationship with his abusive father, his school peers, and his older brother, a newly returned war victim of Vietnam.” 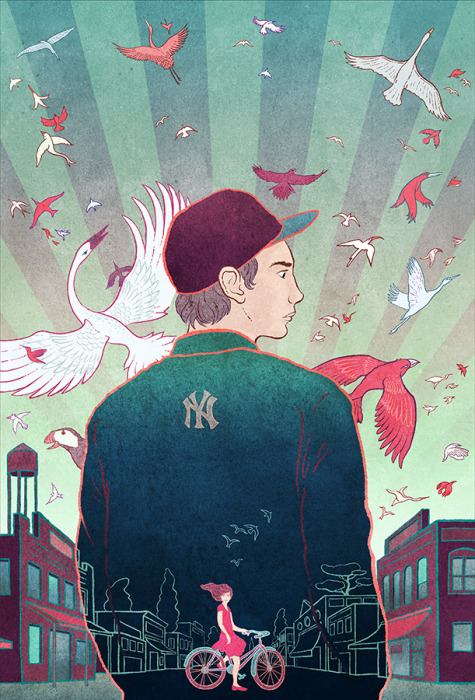