Here’s a great piece by DAVID JUNKIN for Seven Days Vermont. The story called “Software Left Vermont Towns’ Data Vulnerable for Years” is about cybersecurity, something that everyone nowadays is concerned about. “Two hundred or so town governments in Vermont run on the same antiquated, cheap software. A security vulnerability threatened the security of the system for years, according to a South Burlington cybersecurity firm. The firm was able to see the Social Security numbers of town employees as well as bank routing numbers associated with tax payments. The firm alerted the software company to three big problems. Two have been fixed, but it took a long time. The security firm is going public with its findings in Seven Days.” 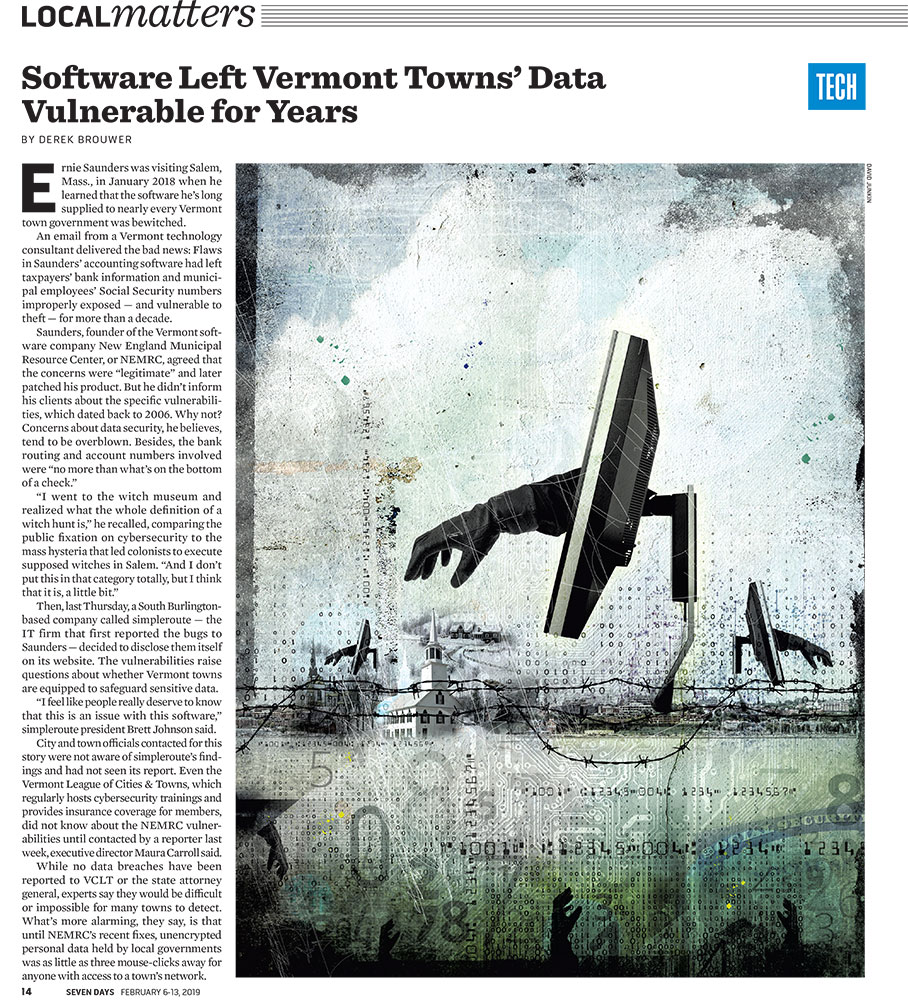