Super excited to finally share this piece that I absolutely just LOVE! This one by DAVID JUNKIN for University of Alberta New Trail Magazine called “More Than The Sum of Your Parts: Intersectionality is a simple concept with deep roots and big implications.”

“The word “intersectionality” sounds like the brainchild of a traffic engineer, but it’s more about people than asphalt. Basically, it is the idea that a person can’t be reduced to a single category. Say, for example, you check the “male” box on the census. But you’re more than that. You are male and you’re middle class and you’re of Irish descent and you’re gay. Every part of you influences the way you interact with the world and how the world treats you.Intersectionality is having a moment right now, popping up in news outlets, in online discourse and all stops in between. It’s a simple concept with deep roots and big implications.” 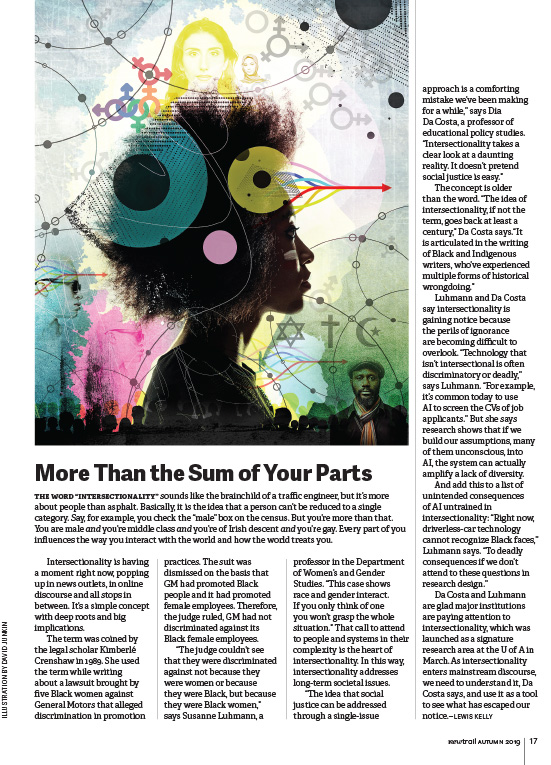