We are so excited to share that DAVID JUNKIN is one of the top ten finalists chosen in Canada’s Transit Shelter’s Expo+ Contest. The top ten artists will be featured in the new Transit Shelters all over Montreal, and the winner will be announced at the Crea Advertising Gala on April 4th! The piece is called “La Brutalité Policière”

A huge congrats to David, this is quite an honor to be a finalist! We’re crossing our fingers for you! 🙂 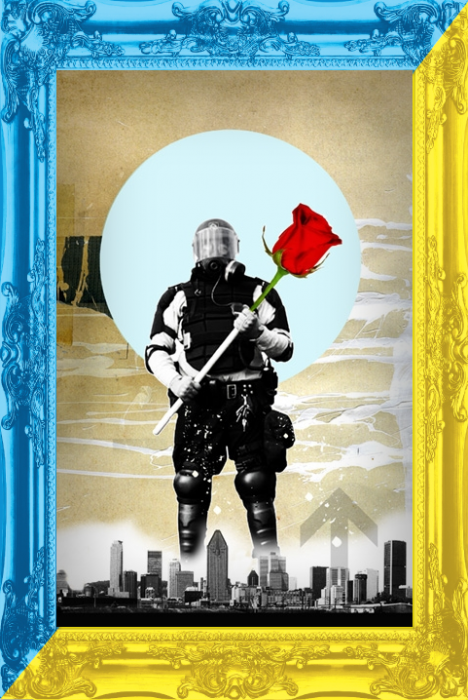