Levy Creative Management artist DAVID JUNKIN captivates us all with his new image of Osama Bin Laden for The Washington Post. This is for an article published in Sunday’s paper on 1/30/11 called “Will we ever find Osama Bin Laden? Don’t count on it.” To read the full article, go here and see where David gathered all his ideas for this great illustration. It’s a very interesting article digging into the depth of finding Osama…here is an excerpt from the article below.

“We have almost 100,000 troops in Afghanistan. We’ve launched more than 200 drone attacks in Pakistan’s remote tribal regions. We’ve spent billions of dollars on intelligence. And as the 10th anniversary of the Sept. 11 attacks approaches, we’re still no closer to finding Osama bin Laden. It seems possible, even likely, that we’ll be saying much the same on the 15th anniversary of Sept. 11, and again on the 20th. Given the sorry state of the hunt for the man who masterminded the largest mass murder in U.S. history, we should not be surprised if bin Laden dies, years from now, in the comfort of his own bed.” 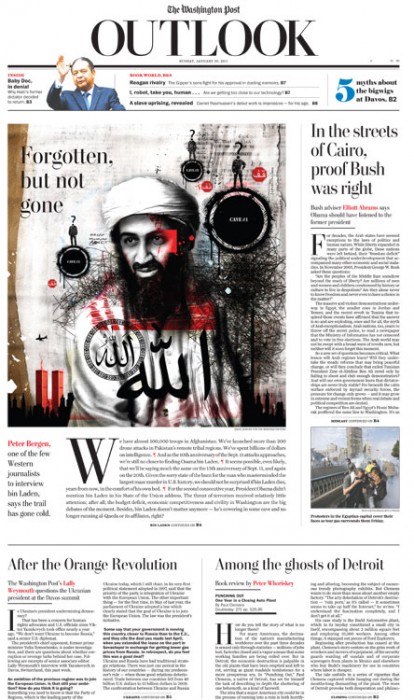 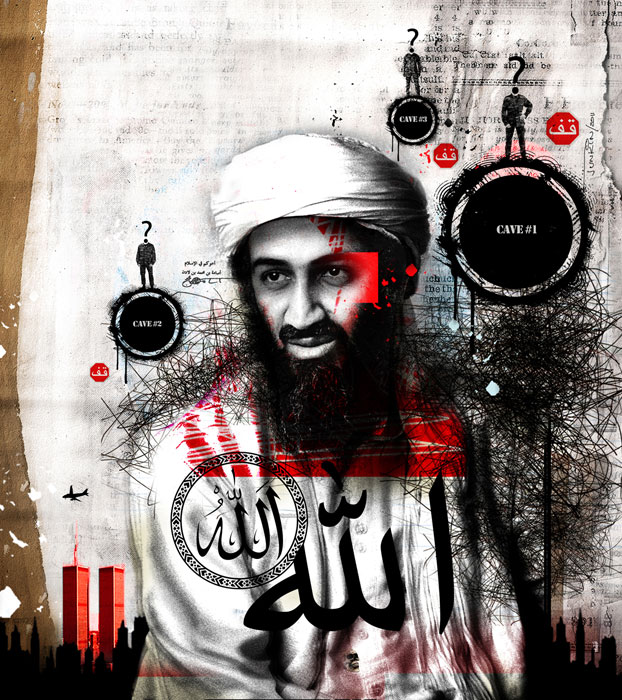