Levy Creative Management artist GONCALO VIANA shares his experience from the Bologna Children’s Book Fair. Gonçalo was in Bologna for five hectic days, filled mostly with him roaming around from one exhibition hall to another visiting several publishing house stands. He laughs and says that he’s very grateful that he was advised to wear comfortable shoes — the pavilions are huge and you walk miles during your stay.

Having his work exhibited in the guest country exhibition of Portugal was amazing. Loads of people visited, they had fun quirky red suitcase stands which really stood out from the others. We’ve been told from one of the woman attending the Portugal area that Gonçalo’s work was one of the most popular of the countries exhibited artists, always a great thing to hear. 500 of Gonçalo’s promos were gone in three days, just a reminder to overload with promos next go around as people were clearly taking promos and Gonçalo spotted them in the hands of fellow visitors while walking around.

Gonçalo also had the opportunity to speak in a round table conference at the Illustrators Café, where each of the Portugese illustrators had the chance to speak a bit about their work. He says that his days in Bologna were fueled by coffee and pizza (I’m sure lots of it!) and got a chance to get to know fellow Portugese illustrators and publishers in the many wonderful hot spots in Bologna. Gonçalo hopes to be able to go back next year! Perhaps we can come with you :). 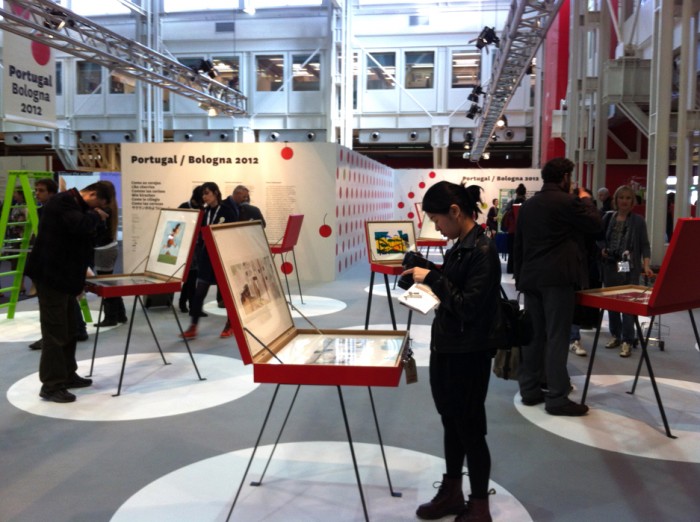 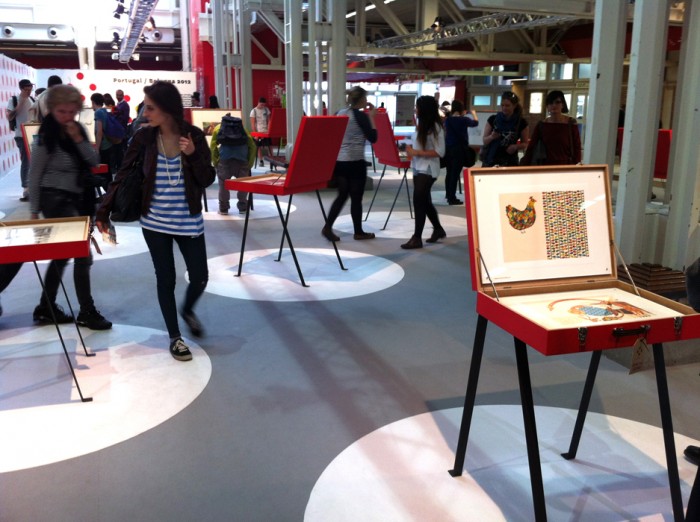 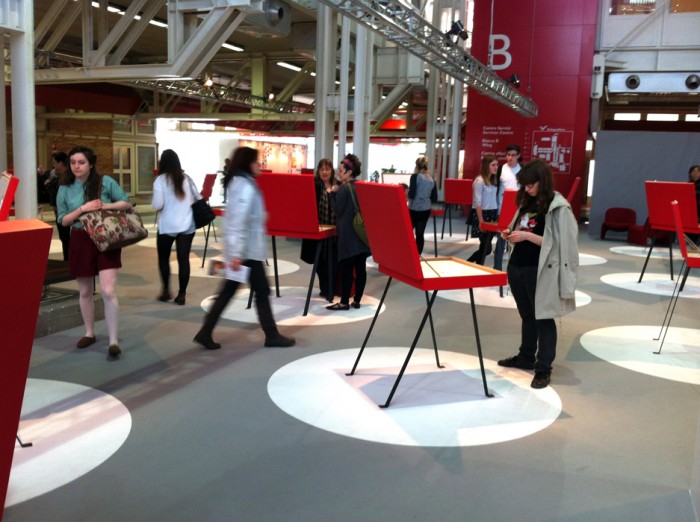 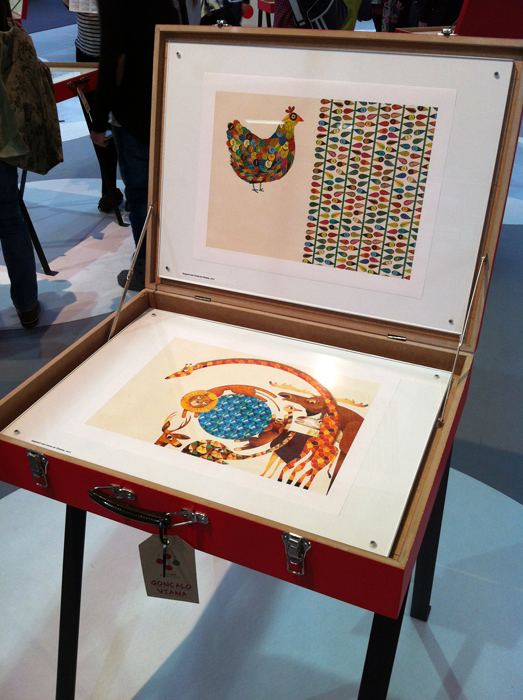 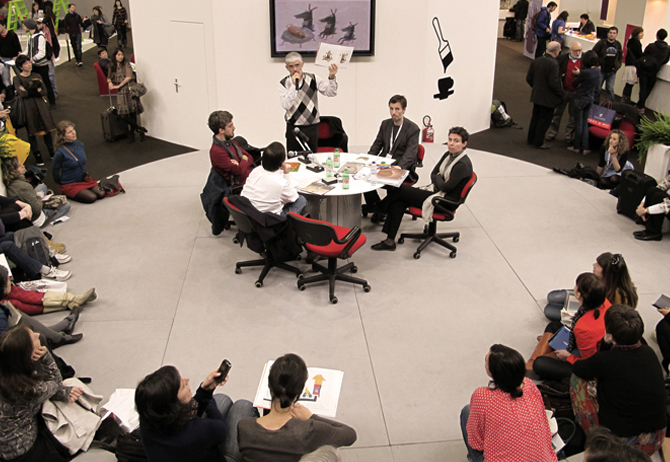