GONCALO VIANA‘s image gets a second chance – talking about “meant to be.” The image below was used for an anthology of Fado lyrics with biographies of the selected writers and poets. Originally the illustration had been commissioned for a Fado CD cover, but ended up not being used. HOWEVER the design firm Silvadesigners still loved the image and stuck it up on their walls. And so one day when the book authors were at Silvadesigners, they spotted the illustration on the walls and the rest is history.

The book title translates to “Popular Poets of Traditional Fado”, it has been written by Daniel Gouveia and Francisco Mendes and it was published by Imprensa Nacional Casa da Moeda. 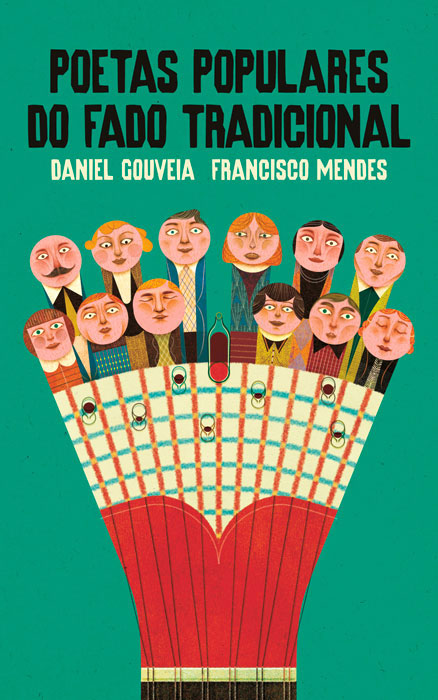