JEREMY ENECIO is featured on Juxtapoz Magazine! Click here for the link.

Born in Ormoc City, Philippines, Jeremy Enecio moved to the United States at the age of four. In 2008, he received his BFA in illustration at the Maryland Institute College of Art in Baltimore, Maryland. He currently resides in New York City as a freelance illustrator. Eerie and atmospheric, Enecio’s digital works are characterized by his painterly touch and an aptitude for storytelling. 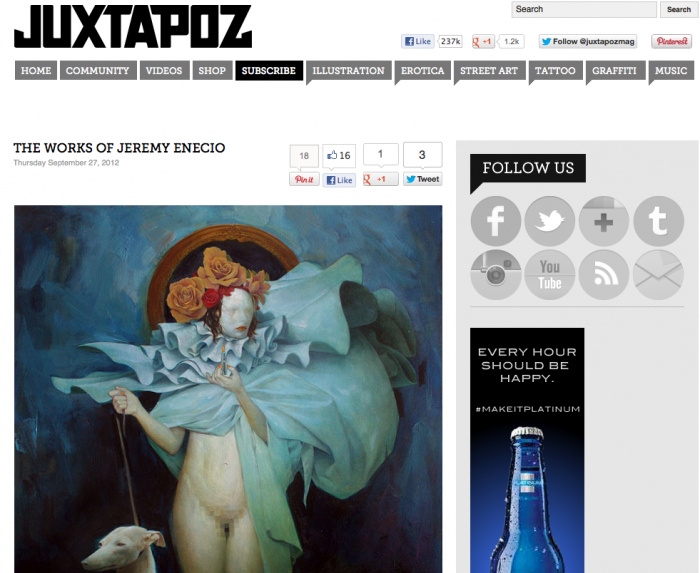