We are thrilled to announce that Levy Creative Management artist KAKO was accepted into the Latin American Illustracion. Kako’s work was one of only 20 images selected to be included in this premier collection. The 20 winning Latin American Illustracion images will be presented in New York City at two events: American Illustration Big Talk on Thursday November 8th & The Party, Friday, November 9th. This Pittsburgh Steelers piece below was originally commissioned by ESPN The Magazine by the wonderful Edward Mann. 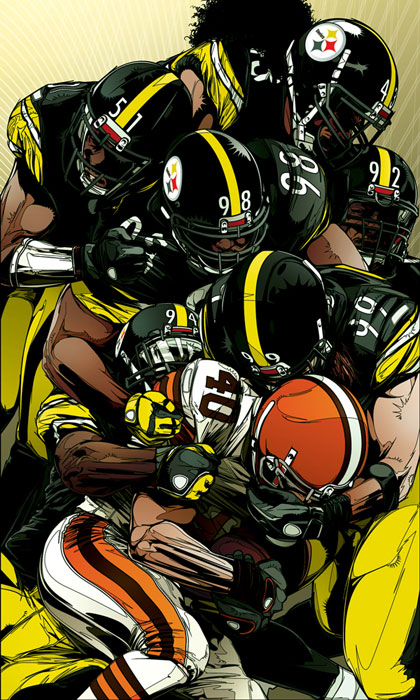