Have your cake and eat it too by KAKO for The New York Times! This fun illustration was commissioned for the article “For the Highest-Paid C.E.O.s, the Party Goes On” which in essence is the yearly executive pay report which showcases the millions upon millions of dollars these CEO’s are making. Kako was super excited for his first cover for the New York Times’ Sunday Business Review and getting the chance to work with the wonderful Mihn Uong! And to boot, it’s all about yummy cakes, just the way we like it! For those that don’t know Kako, his other half Carla Ikeda is a very famous Brazilian cake decorator so it makes the assignment even more fitting (check out her Flickr page, AMAZING!!!!) 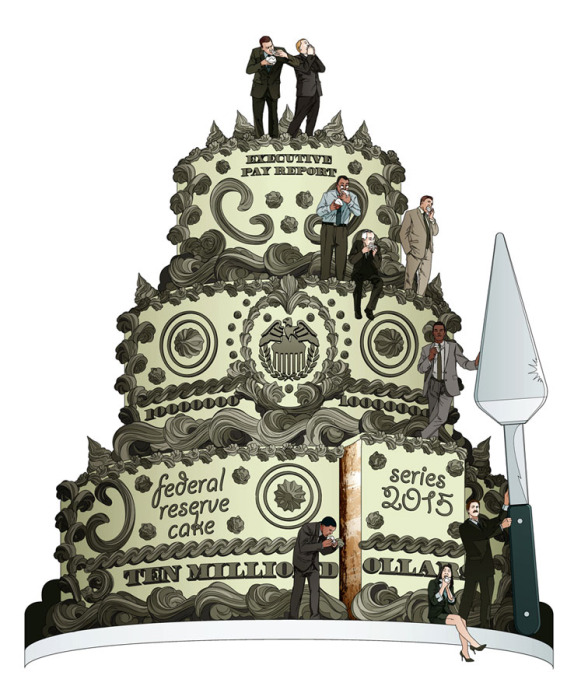 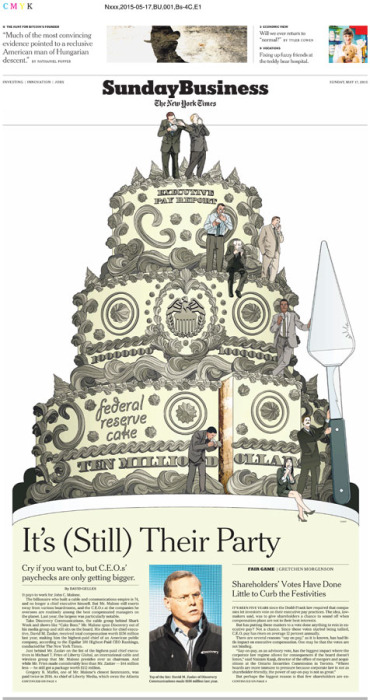