Levy Creative Management artist KAKO creates a beautiful series of illustrations for an article about the Order of the Temple, from its creation to its extinction in the 14th century: their vows and organization, the main battles and their part in the Crusades, their rivalry with other orders, the new financial techniques and the seed of the banking system, the accusations of heresy that lead to their extinction and the legends that surround the Templar Knights until today.

A Templar knight is truly a fearless knight and secure on every side, for his soul is protected by the armor of faith just as his body is protected by armor of steel. He is thus doubly armed and need fear neither demons nor men. Liber ad milites Templi: De laude novae militae – In Praise of the New Knighthood – St. Bernard of Clairvaux 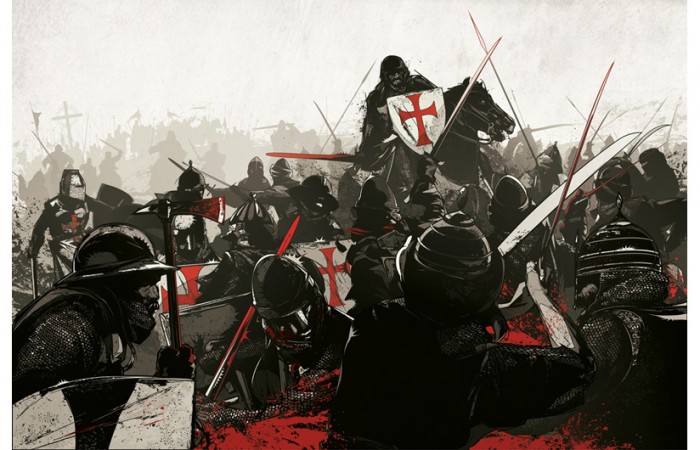 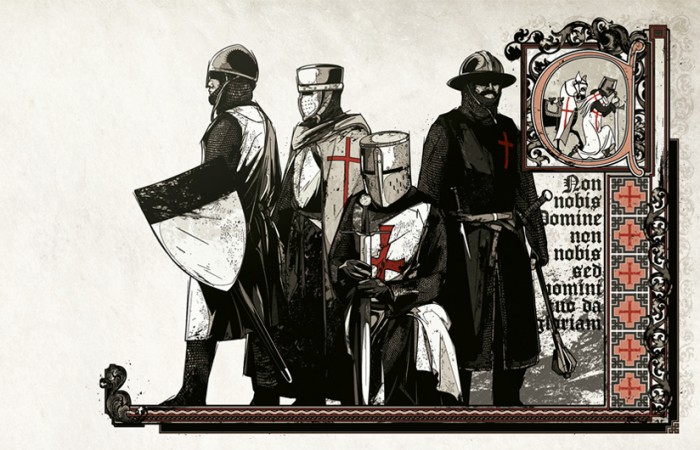 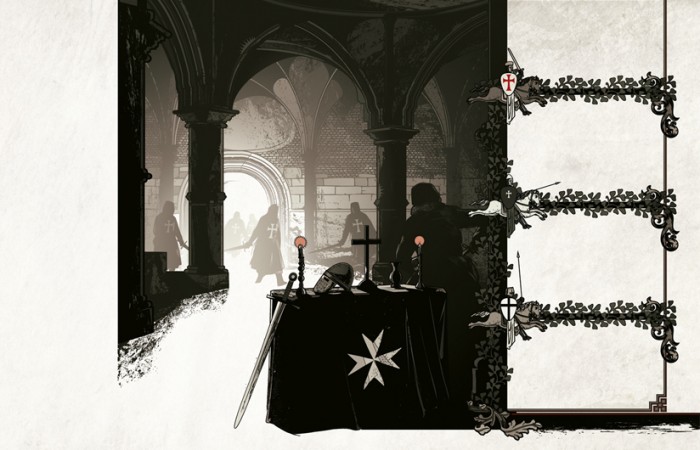 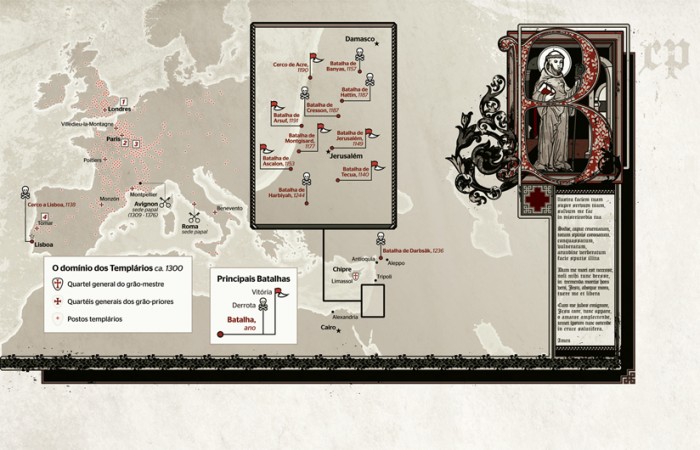 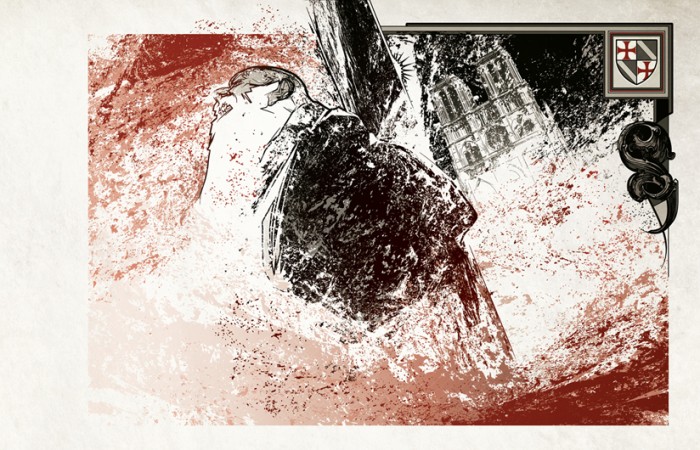