POW!!! Here’s a great one by KAKO for The Hollywood Reporter for their Awards Season 2016 section. The headline reads: “President Trump’s Oscar Inviation? Not So Fast…The Academy’s love affair with the Obamas comes to an end as a town that worked hard to keep The Donald out of office now faces a leader who rails against the very things the industry is trying to improve: diversity and inclusion…” 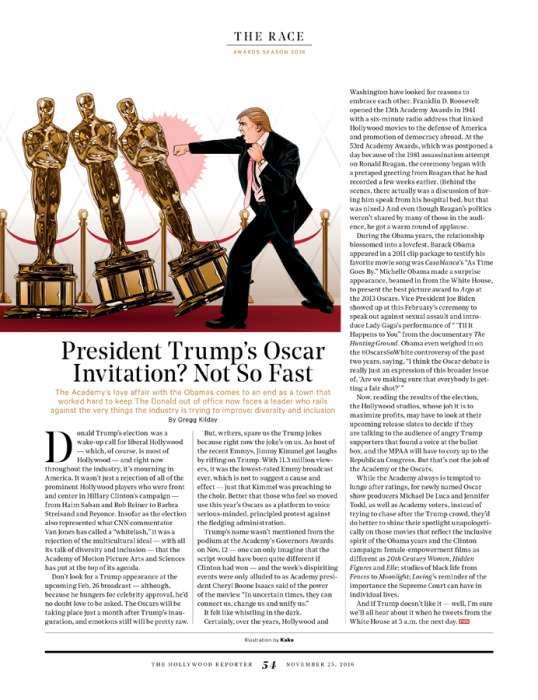