Kako | The Girl Without Hands And Other Fairy Tales

KAKO finally showcases all his beautiful illustrations for the book “A Donzela sem Mãos e outros Contos de Fadas” (The Girl Without Hands and Other Fairy Tales), written by Helena Gomes and published by Escrita Fina Edições. Donzela is the first of three books we plan to deliver in the next few years and contain five tales: The Queen Who Came from the Sea, The Girl Without Hands, The Wild Swans, The Enchanted Pig and The Love for Three Oranges.

It took Kako a lot of time to finish this book, way more than one could expect. Tough times. Donzela was conceived amongst many doubts about his work and profession, surviving the ups and downs of this crazy market and submerged in long periods of stress and exhaustion. Each line was a little victory and each victory was shared and cherished with the ones close to him. Many others cheered Kako up whenever he showed some WIP in my Instagram feed (Thank you all!). And in this whole process Kako could always count on his dearest friend and publisher Laura van Boeckel, who supported him since the first of his many “I won’t make it thru this” calls.

The book was a huge experiment in order to find something fresh, one of his attempts to break away from his style and breathe new air. Inspired by letterpress printing and limiting himself to the use of only four colors with no variations, this book led him to a more careful kind of planning, thinking ahead all the compositions, layers and contrasts, and looking for new colors by creating line patterns, using a fixed grid and mixing them on top of other colors, a big colored puzzle. Kako gathered everything he knew about art nouveau and the 19th century fairy tale illustrations, and let some of his main inspirations come out without restrictions, combining Alphonse Mucha with Ivan Bilibin and sprinkling some Mike Mignola on the mix to give an edge to it all.

As for concepts, Kako wanted to place all heroines and princesses far from what we are used to regarding fairy tales. He wanted new homes for them, placing the girls from Eastern Europe to the far Mongolia, because he really believed fairy tales belong to the whole world and that these stories could have happened anywhere.

The illustrations have already been traveling around the world, being published in annuals such as New Illustrators File vol. 11 (Japan) and Visual Arabia 2013 (United Arab Emirates), and also being exhibited at Ilustra Brasil (Sao Paulo, Rio de Janeiro, Beijing and Hanoi) and at the Impredecible Gráfica Brasileña (Bogota). 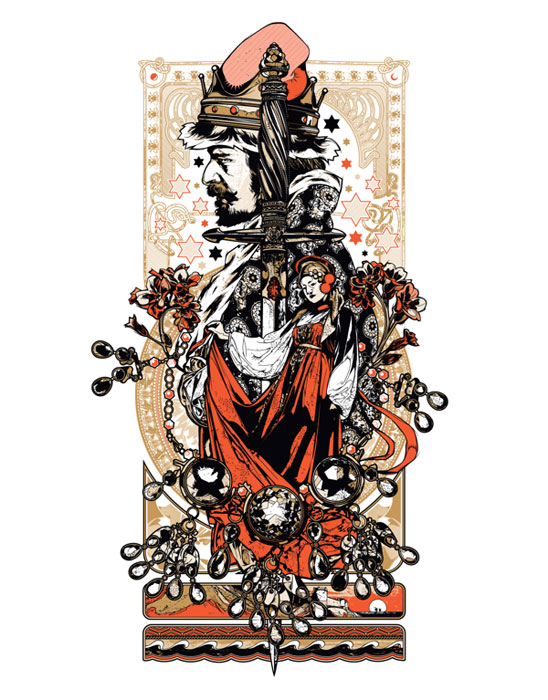 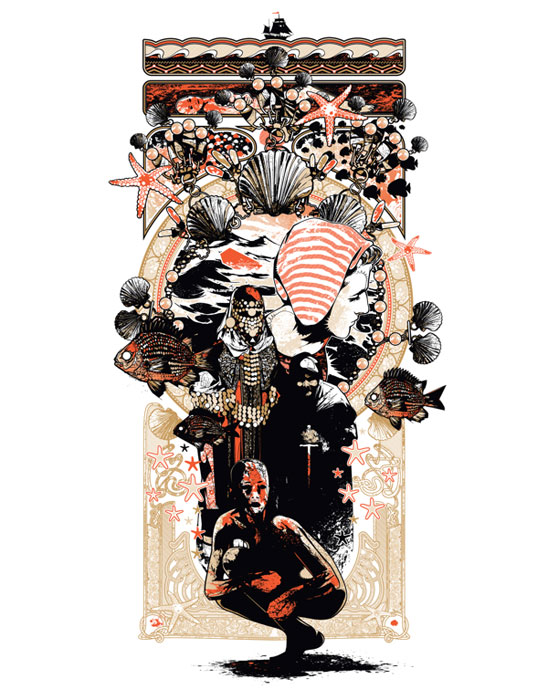 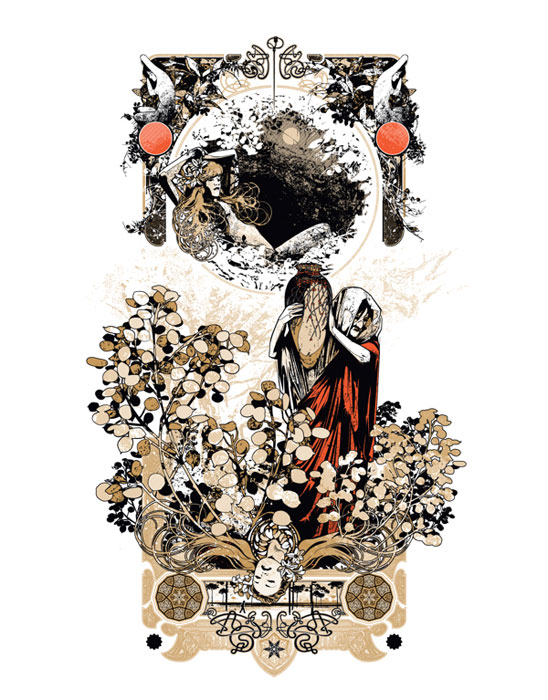 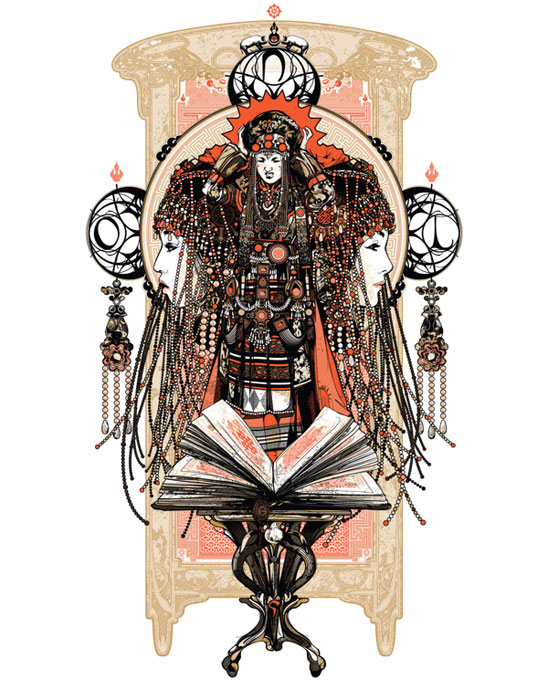 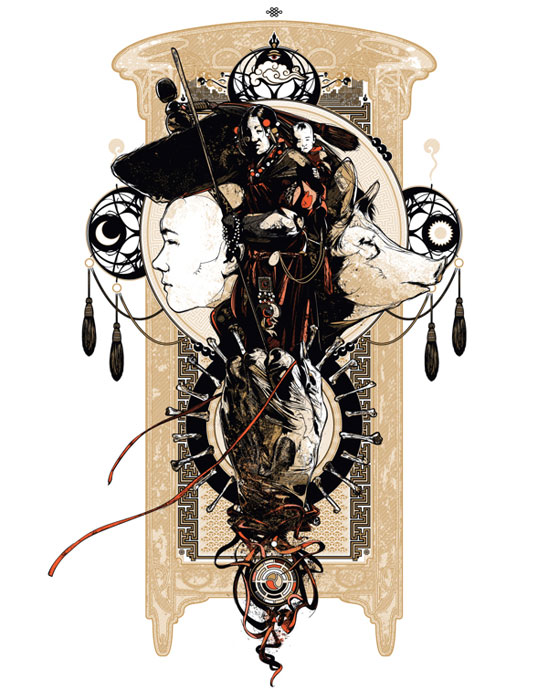 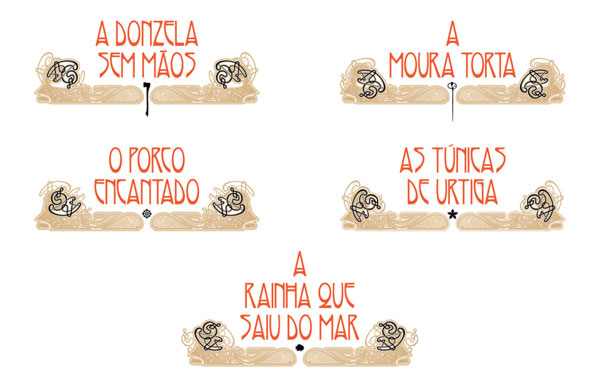