We’re so excited to share the next round of White Fang illustrations by KAKO published by Penguin/Companhia das Letras in Brazil. You’ll see below that Kako gave them three options to choose from and with difficulty, they chose the black and white illustration (which happens to be my favorite too!). Kako had a great time revisiting this story White Fang by Jack London which he had also illustrated six years ago for them as well. He always enjoys working with Art Director Alceu Nunes. Thank you again for allowing Kako to work on such a great project with you. We’re incredibly proud of this cover. 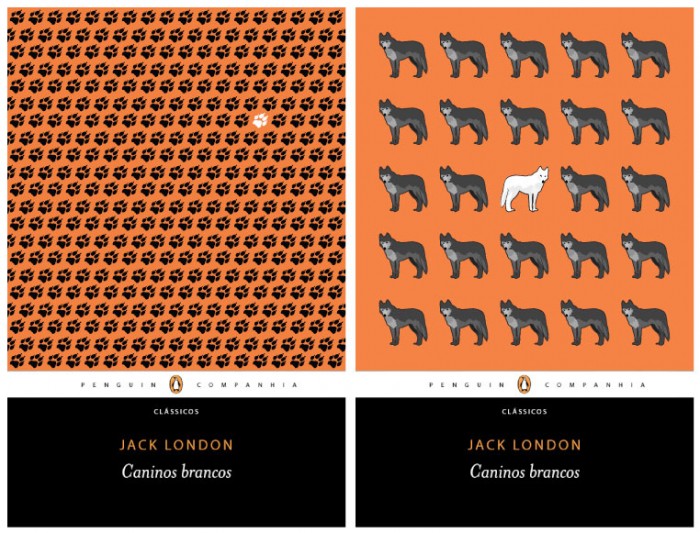