KAKO illustrates an incredible piece on the movie Zero Dark Thirty, published by Entertainment Weekly in its 2012 Best & Worst Issue. It was Kako’s first job for the magazine and for Steven Charny (HOORAY!!!), and although the job begun as a real challenge at the time due to the lack of images and information related to the real events, it turned to be quite an exciting and fun experience and one of Kako’s best works of 2012.

With a little more than 6 official images of the movie itself and some screen shots of the trailer, Kako tried to research what he could about what is known of the operation, the people and teams involved and some of the new military equipment used on the assault, such as the GPNVG-18 (Ground Panoramic Night Vision Goggles) and a loose interpretation of the still unknown Stealth MH-60 Black Hawk, both now very popular on the internet, but extremely difficult to find at the time.

After all research Kako was quite psyched about it and had many ideas for the illustration, picking 3 and turning them into sketches, where he was able to play with different elements, mixing the movie and the real events. First one had a movie poster approach, second one focused on the Navy Seals and the assault and the third one depicted the whole operation, gathering Intel from 9/11 to the assault on Bin Laden’s hideout. The first one was picked and it was great, but Kako loves the other ones just as well and would love to give the other ones a chance too!

Following are all the sketches along with the finish! Thanks Steve @ EW for a great assignment. Can’t wait to work with you again soon. 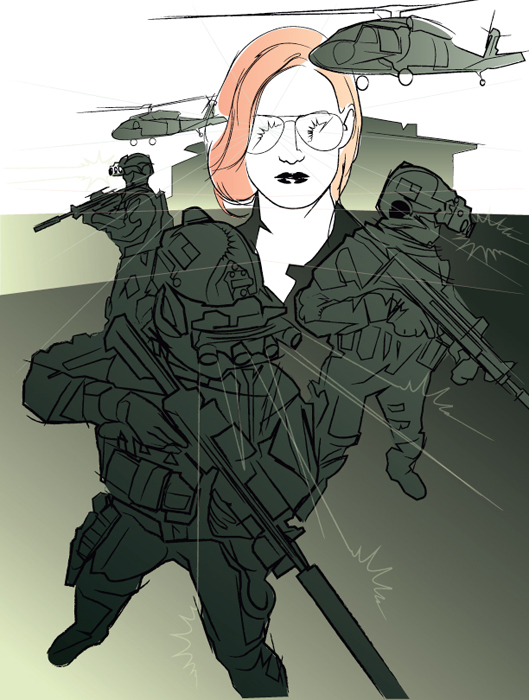 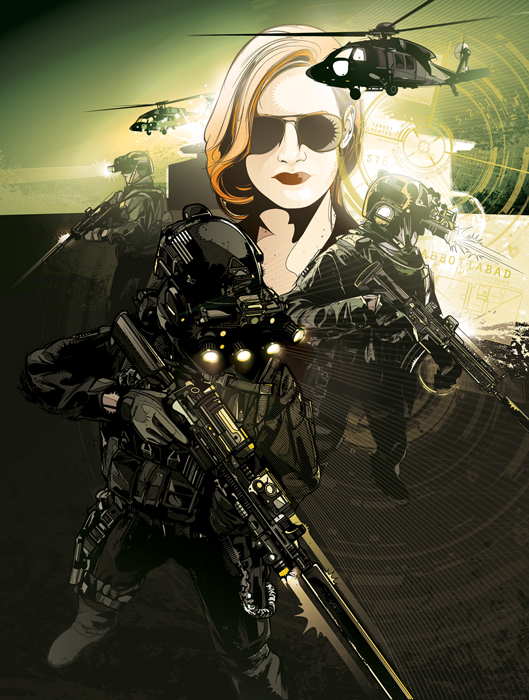