We are thrilled to announce that MICHAEL BYERS is one of the 2013 Alberta Magazine Showcase Awards Finalist for his illustration “Manifest Doubt” for Alberta Oil Magazine. There were 14 Showcase categories recognizing and celebrating excellence in magazine editorial content and design. The Showcase award winners will be announced at the Alberta Magazine Awards gala on March 14, 2013 in Calgary, Alberta. We are extremely proud of you Mike! Thank you to the incredible design team at Alberta and a special thanks to Kim Larson for her continued support in Mike’s work over the years. Below is the spread from the January 2012 issue of Alberta Oil. 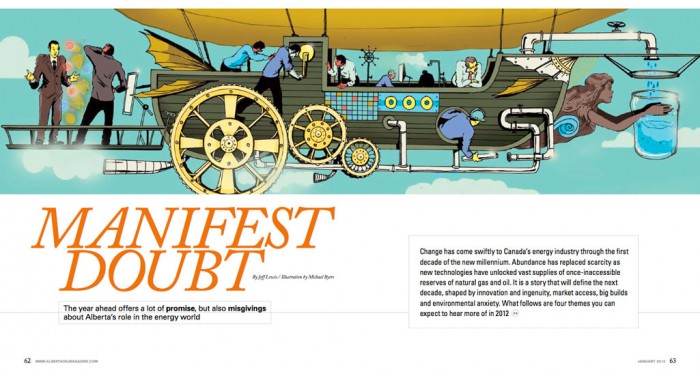