Incredible new comic by MICHAEL BYERS for Sportsnet Magazine “The never-told story of the never-seen game” Kazakhstan 6 – Canada 3. “This month, the World Junior Championship returns to Finland, the site of Canada’s worst-ever finish, eighth place in 1998. Canada’s first four losses that year were seen by disheartened fans back home, but no footage or photos exist of the fifth and final one—Kazakhstan’s thumping of the five-time defending champions wasn’t broadcast. What follows is a first-person account* of events leading up to Canada’s most inglorious moment.”

*A narrative based on interviews with players from Team Canada 1998 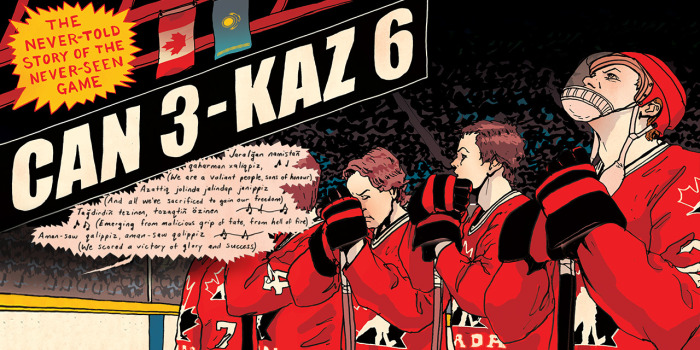 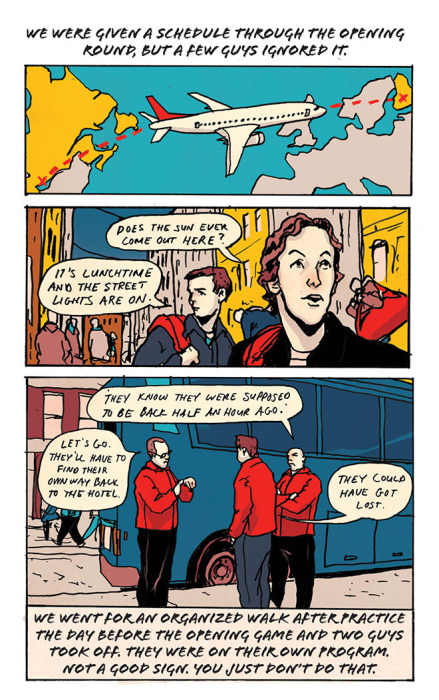 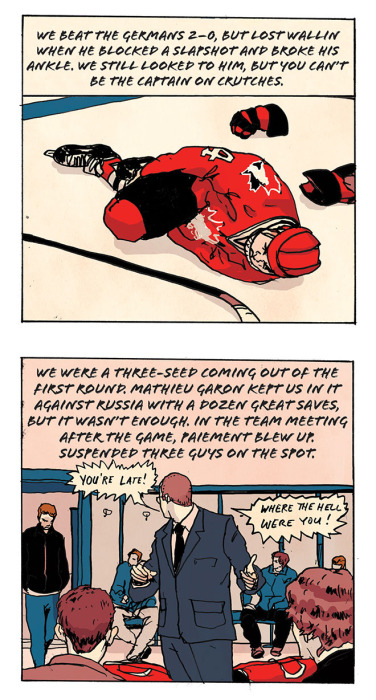 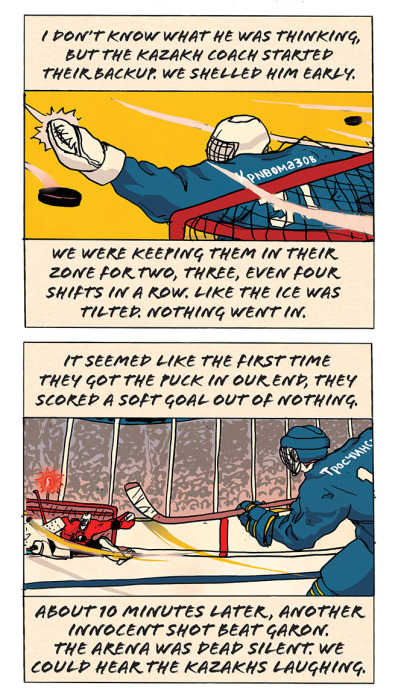