MICHAEL BYERS got to illustrated this really interesting piece for an article for Houstonia Magazine called “Maida in Houston.” What is this world coming to? This piece is about a college student at Lone Star College that fought back and took down a stabber. Maida was pretty flabbergasted that so many people stood around and didn’t help the young girl who was being stabbed. “Do something,” he mumbled. “That’s exactly it. Be somebody who does something. Don’t be that nobody who stands around watching when something goes down.” 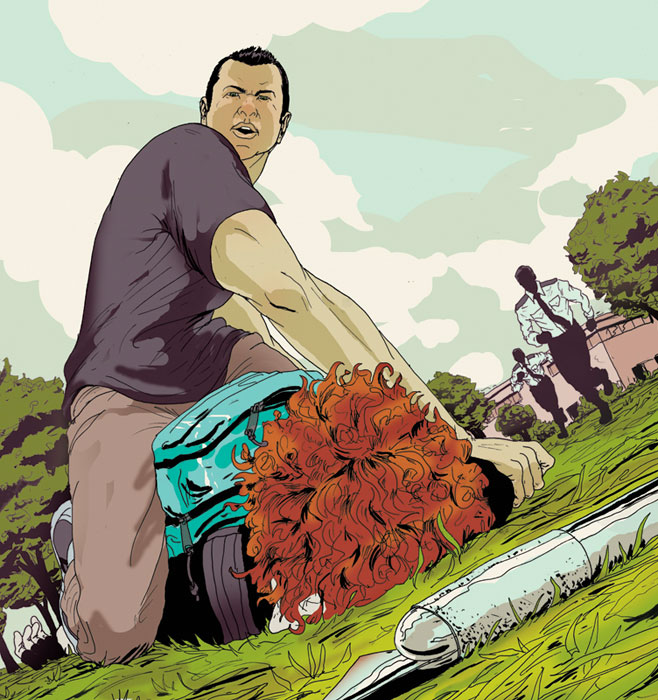