We thought NYC was bad, guess again as “On Houston’s Freeways, Chaos Reigns” – a fun illo by MICHAEL BYERS for Houstonia Magazine. There’s a whole lot of crazy that goes on on the highway and who knew! “Remember when I-45 was shut down because of a marriage proposal? That’s par for the course around here. Yes, it’s all real: From a naked woman dancing on top of a big rig to an actual basketball game, every detail you see on this page represents a traffic incident that took place on Houston’s freeways between December 2015 and 2016. (Not included due to time constraints: The man letting his son drive a riding lawnmower down an HOV lane on I-45 during rush hour.)” 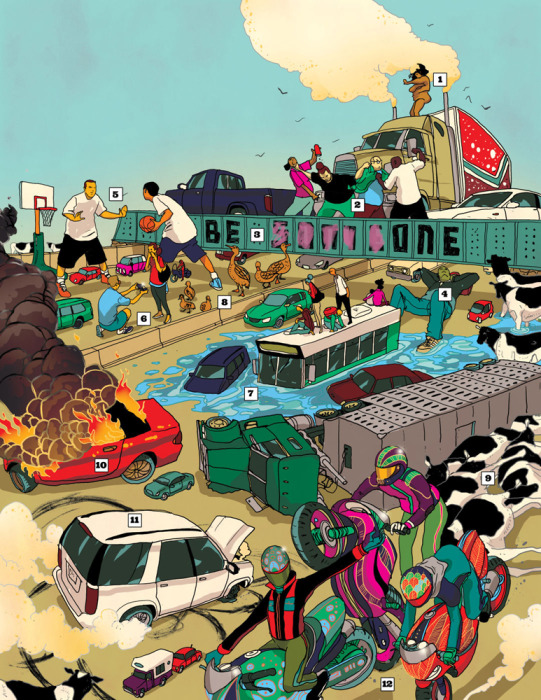