This is a great new piece by MICHAEL BYERS for Capital New York‘s Tech Issue. Such a fun image for their cover about “Silicon Island: What Cornell Tech’s campus in the river will mean for New York.” It may take a while to be built but eventually we will see them tram over to Roosevelt Island right from our office windows so hope they bring only good things! 🙂 Thanks for the fun assignment Peter! 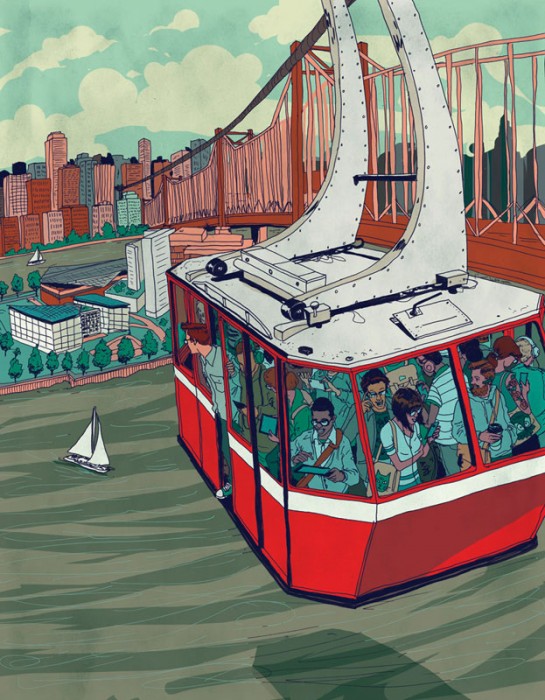