This was a fun illo by MICHAEL BYERS for United Hemispheres Magazine. If you happened to have traveled on a United Airlines flight any time in July you might have seen this illustration in their in flight magazine. It was for a story about people who go on vacations that have them getting more involved in the work part of things. This piece called “Travail Agents: From foraging for food to mucking out stables, vacations are becoming hard work.” An example is a place in Italy where you can go on excursions to forage for your meal at the hotel. 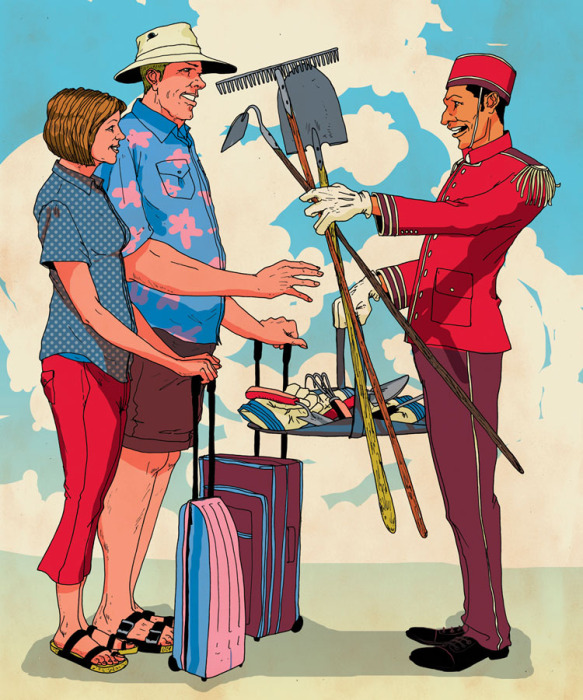