Levy Creative Management artist MICHAEL BYERS illustrates a great piece for Scouting Magazine called “Where’s the Fire?” Mike says it’s really fun to be able to post a piece he did for a client he’s currently working with. Feels good to be in the middle of another project with them. We’ll post that one later when we’re able. For now, this was a fun piece about a scout trip where the topic of ethics was about the ‘leave nothing behind’ policy. Some people were in favor of building a large fire when they got to the campgrounds after getting soaked on a hike — they wanted to dry off quicker. However some debated that it’s better to make a smaller fire as to not leave behind as much waste. He never found out who won. Ha ha.
This piece is about how to balance outdoor ethics with outdoor realities. Enjoy. 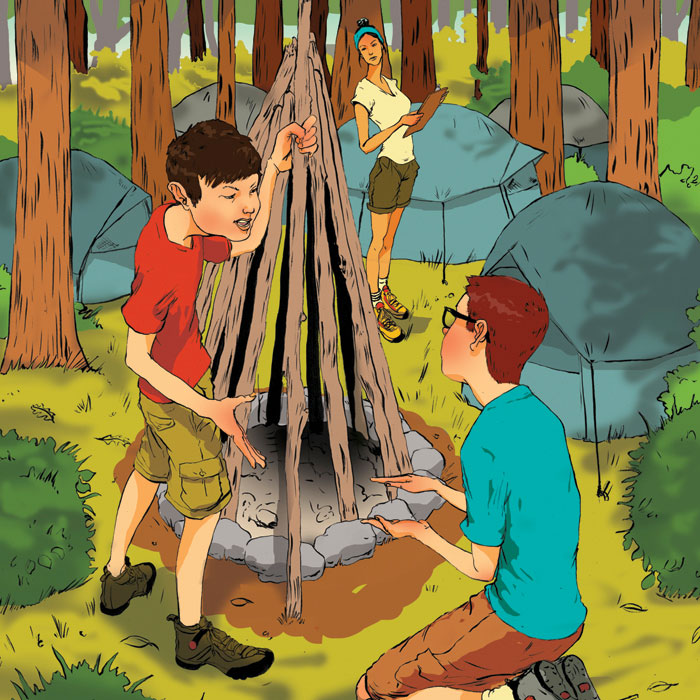