We are so excited to announce that MICHAEL BYERS has won an Ozzie award at the 2014 Folio Eddie & Ozzie Awards celebrating excellence in magazine editorial and design. Mike’s piece in Baltimore magazine was named the winner in the best use of illustrations category among all consumer magazines for our “Events That Crushed Baltimore in 2013” feature which appeared in their December 2013 issue. A huge congratulations goes out to Mike & Amanda for collaborating on this spectacular piece! We are incredibly proud and honored to have been chosen for this wonderful award & very thankful for all the judges and all who were involved in putting this together for us. 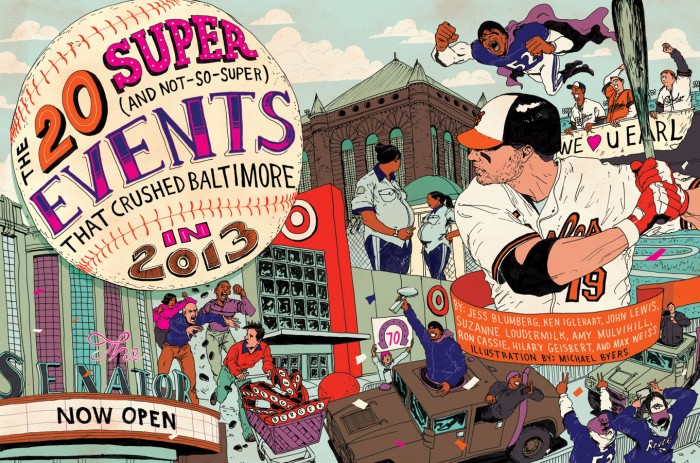