This was a really fun map to do for PUNCH! Culture Shelf. PUNCH! is a new magazine App for the iPad where you can interact with different images and such to see and learn about all sorts of Pop Culture stuff. The map Mike did was for the Tribeca Film Festival. It highlights twelve of the films in the festival that were filmed in NYC. You click on the reel and get info about the film and are able to tap on the movie trailer to see what it’s all about.

Below are iPad screen captures of what it looks like and what it’s like with the pop up fun fact window. Also is the map in it’s entirety. 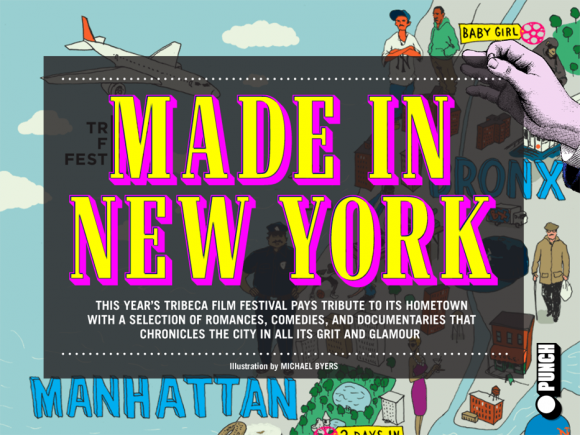 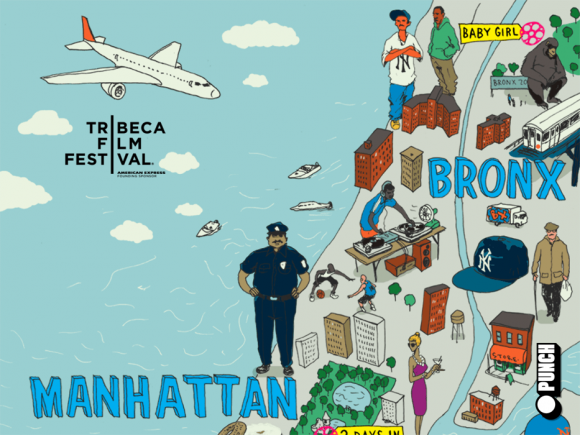 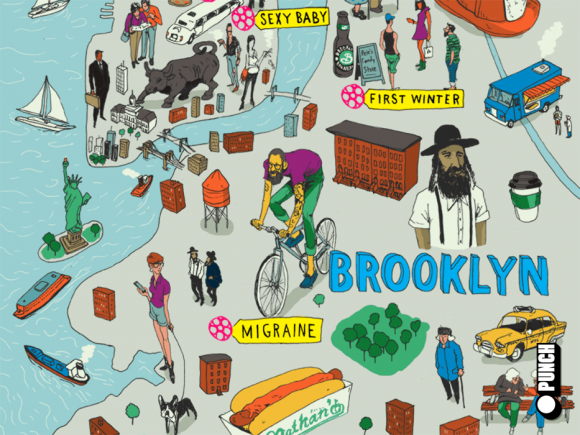 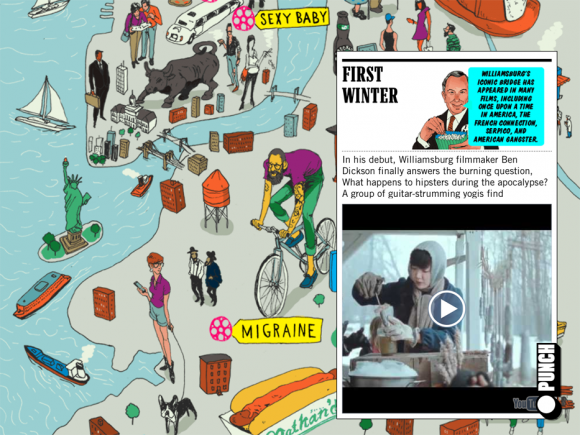