NAFTALI BEDER is interviewed in Mugs & Bubbles The Magazine. “Mugs & Bubbles is an online magazine with a huge appetite for talent in fashion, photography, music, painting, sculpture, illustration and any other cross-over artistic expression.” Check out Naftali’s 8 page interview.

“Naftali Beder is an illustrator and game designer living in Astoria, New York. His drawings have appeared in various newspapers and magazines including The New York Times and The Los Angeles Times. He loves making images that are precise and atmospheric. Some of his sources of inspiration are the Hellenistic sculptures and certain aspects of Byzantine art. When I first saw his art, I instantly thought that this guy behind it has such a profound point of view. His illustrations are strong and sensitive, at the same time. The interview has a similar vibe. Just read it!

Hi Naftali, tell us a bit about yourself and about your background.

I grew up in Wisconsin with a mathematician father, a linguist mother, and two older brothers. I can’t remember a time when I didn’t love drawing, but I was never sure exactly what it meant to be an artist – what do you draw? Who pays you? My parents encouraged a broad range of pursuits, so instead of narrowly focusing on art, I jumped around a lot. I spent my free time playing in music ensembles, acting in high school plays, teaching myself computer modeling and animation – in fact, just about the only thing I didn’t take seriously in high school was art. I went to a state university at first, taking a variety of courses to see what stuck. But barely a week into school, my love of drawing returned in full force, and I threw myself into the drawing and painting classes there. I then transferred to an art school in Rhode Island. There I learned about a job called “illustrator” that involved drawing pictures of whatever you want. Imagine!

How would you best describe your style of illustration?

I love making images that are quiet, precise, and atmospheric. Over the past few years, I’ve developed a love of parallel lines and orthographic perspective, and I’m interested in finding ways to flatten space. In terms of technique, I use graphite pencils to gradually build up layers of crosshatching, and then scan the drawing into Photoshop and paint colour underneath. I like to complete as much of the drawing as possible outside of the computer, so before scanning it, I spend a lot of time pushing and pulling values and refining edges until it feels right.

You are a game designer, too. What about the games you have designed so far?

My brother Jesse and I have been making games together since we were kids. Our first “real” game – a 3D psychological adventure called Psyche that we started back in 2006 – ended up becoming so complex that after a couple of years we abandoned it. But it taught us a lot – how to write a playable narrative, how to animate and control 3D characters, how to build large level arenas, the difference between pretty graphics and usability, and so on. We were aching to actually finish a game, though. We made our own versions of several existing games like Tetris and Wii Tanks, which was a lot of fun and boosted our morale. So when Apple opened the App Store in 2008, we realized this was our chance to not only finish, but sell a game of our own. Jesse suggested we make a game in the lasers-and-mirrors genre, where the player solves puzzles by reflecting a laser beam through a set of targets. This wasn’t an entirely new idea, but we looked at existing games and thought we could do better. We worked on it for about six months and released it with the title Optia, in early 2010. Since then, we’ve polished it a lot but left the core gameplay largely untouched. The game hasn’t made us rich, but it’s done reasonably well.

What are some of your sources of inspiration?

Hellenistic sculpture amazes me, especially in how it captures delicate forms like the corners of the eyes and lips. I also love certain aspects of Byzantine art, like the angular “broken neck” postures often given to depictions of Jesus and Mary. Of course, there are plenty of living artists worth looking at too! At the moment, some of my favourites are Renata Liwska, Keith Negley, and Brendan Monroe – all artists who, along with creating gorgeous and emotionally resonant images, have a really interesting mix of flatness and form in their work. Geometry and physics are also really important to me. While I’m not an expert in either field, enough math rubbed off on me during my childhood to make it a strong conceptual influence on my work. In particular, I’m interested in mechanics, knots, and higher dimensions.

Are you ever stuck on how to illustrate a particular scene or character? How do you move past that?

All the time! But usually it’s not a matter of being out of ideas. I think being blocked creatively means you’re censoring yourself too strongly. A solution is often already in your head – you just have to stop telling yourself it’s a stupid idea.

Do you have a favourite place outside of your workspace that you like to go to sketch?

I love the atmosphere of coffee shops, but when I’m there I tend to just sketch aimlessly – I have a hard time drawing seriously when people might be watching. When I really need to concentrate, nothing beats an empty apartment and some podcasts or classical music.

Colour is an important feature of your work; you don’t use bright colours and that seems to me like kind of your signature.

That’s a charitable way to phrase it! Colour was always one of my weak links, and it took me a long time to make it behave. I tend to prefer more monochromatic art, and realizing I was “allowed” to use muted colours was a big epiphany for me. That said, I’m always looking for ways to use a brighter palette when a piece needs it.

What were your favourite children books when you were little?

We had the usual assortment of children books – some terrifying and some sweet. Terrifying like Abiyoyo, In The Night Kitchen, and Wynken, Blynken and Nod. Sweet like Catwings, which is a magical and beautiful book no child should grow up without.

Favourite things to do on a rainy day.

Make some pancakes, queue up some dumb action movies, pet some cats, and try to draw.

Do you have any advice for aspiring illustrators?

I think Confucius said it best: It doesn’t matter how slowly you go, as long as you don’t stop. 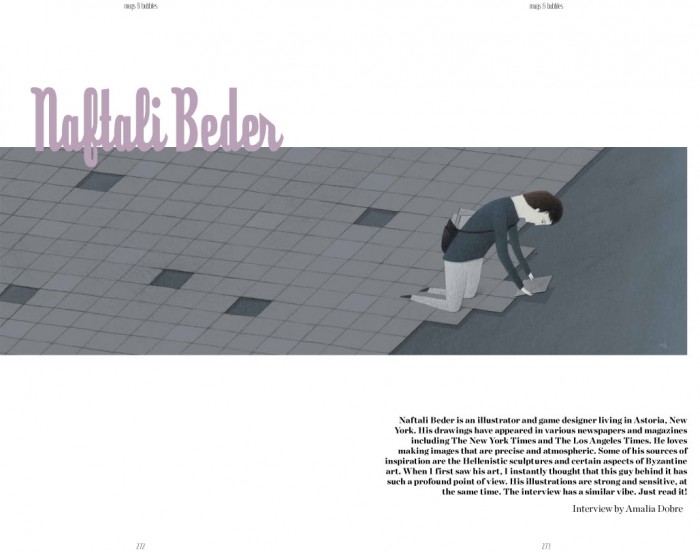 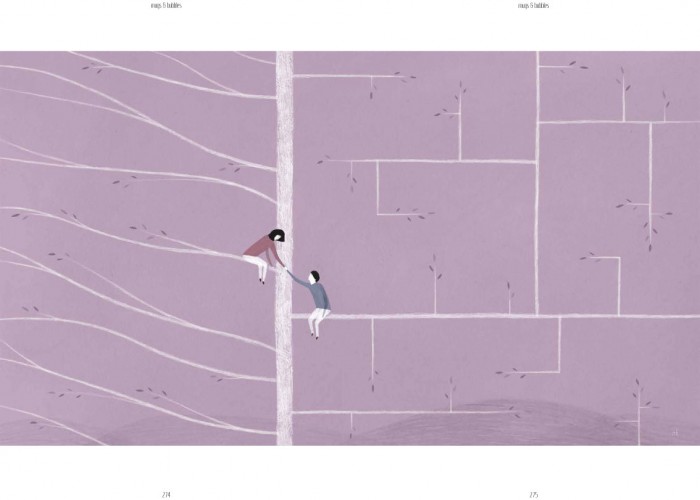 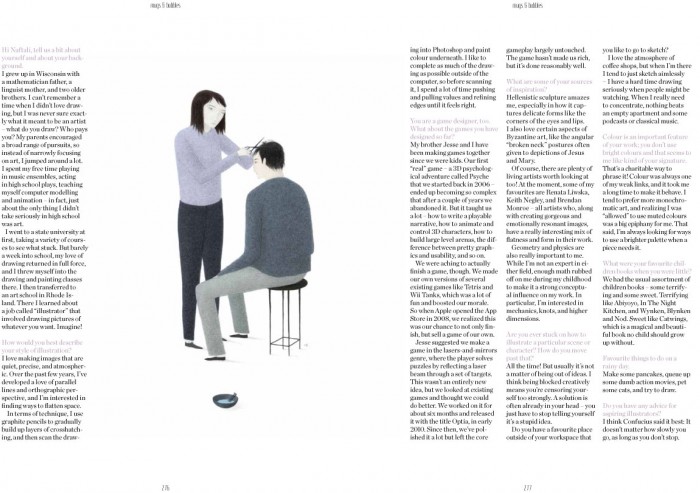 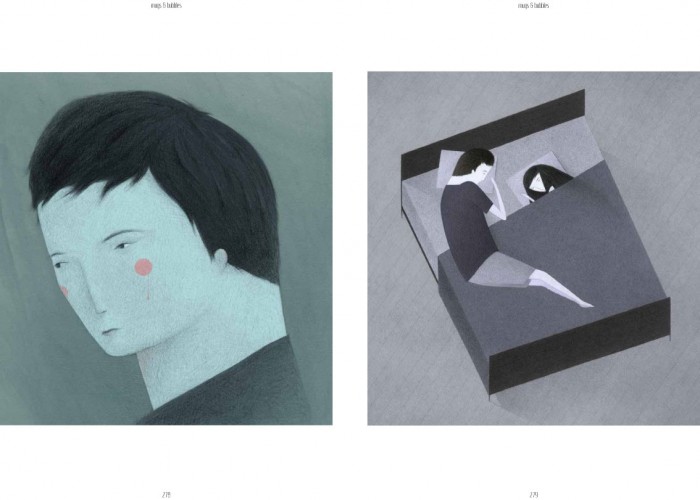