We’re really excited to now share the new book Nomad by RJ Anderson beautifully illustrated by RORY KURTZ. The awaited book is a sequel to Swift which Rory also illustrated in 2012. The original piece is below, along with how it was printed. We really enjoyed working on this project and RJ…we hope there will be more to come!

To share a bit more about Nomad, here’s a brief taken directly from Hachette Children’s website. We hope that you get lost in the magical world of faeries as we have.
“A mesmerizing and beautifully-told fairy tale – from the bestselling author of Knife, Rebel and Arrow

Exiled from her underground home by Betony, the jealous queen of the piskeys, Ivy sets out to make a new life for herself in the world above – a quest that leads her to mystery, adventure, and a hoard of spriggan treasure. But a deadly poison still lingers in the Delve, and Ivy cannot bear to see her people dying under Betony’s rule. With the help of some old friends she sets out to warn the piskeys of their danger, urging them to rise up and free themselves before it is too late. Yet Betony will not give up her kingdom without a fight… and when her evil threatens the friends and family Ivy holds most dear, it will take all Ivy’s courage, daring and determination to save them. 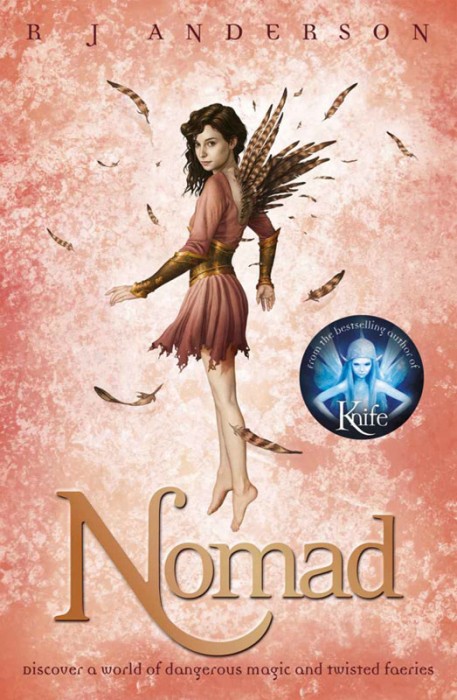