Super excited to share this killer piece by RORY KURTZ which he calls “Darth Zucker” for Rolling Stone Magazine. This was a piece that was months in the making along with our amazing Creative Director Joe at Rolling Stone, a collaborative effort that took up to 10 variations of Mark Zuckerberg that eventually led to “the” Darth Zucker as you see below. The magazine originally asked to see Zuckerberg as a Sith Lord for their timely feature on the state of Facebook today. This initially was commissioned as a cover but last minute it got pulled (a true bummer as Zuckerberg since this art ran has been all over the news! Would have been so sweet to see this used as a cover.) A huge thanks to Joe for his stellar art direction. The article addresses a lot of issues that most of us are aware of and facing as we speak. The article is called “Can We Be Saved From Facebook? The social media giant has swallowed up the free press, become an unstoppable private spying operation and undermined democracy. Is it too late to stop it?” Go grab this issue on newsstands now and check out this full page beauty gracing the pages of Rolling Stone! 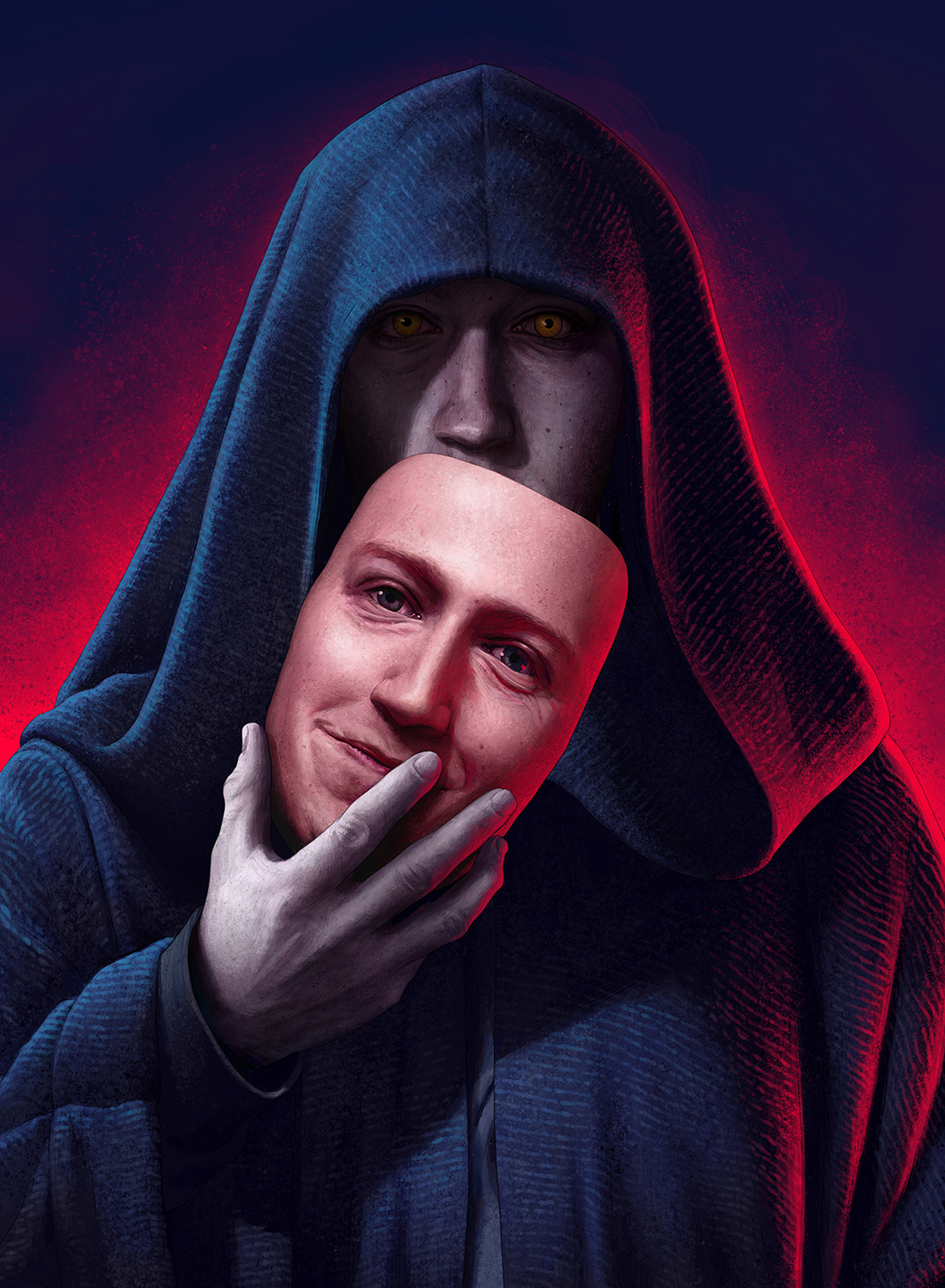