Yet another stunning beauty by RORY KURTZ for Mondo! This new movie poster of Alex Garland’s brilliant sci-fi bender “Annihilation” is an exclusive for Comic-Con. “One of the hottest stops for any movie or pop culture fan during the convention is the Mondo booth,” so don’t forget to check it out if you are there! Regular editions will be available online at MondoTees.com timed to the variant’s booth release, with extra copes of the SDCC exclusives going on sale later.

A little behind the scenes w/Rory: “God I loved this movie. There’s a lot you could say about Alex Garland’s newest masterpiece based on the book of the same name. I was hypnotized watching his interpretation of the Shimmer with it’s savage beauty. The film’s near entirely female perspective, stunning visual design, and hallucinatory vibe were all pitch perfect. I wanted to create an image that had a new more dangerous Garden of Eden quality to it, an image of creation underneath the bold title of Annihilation.” 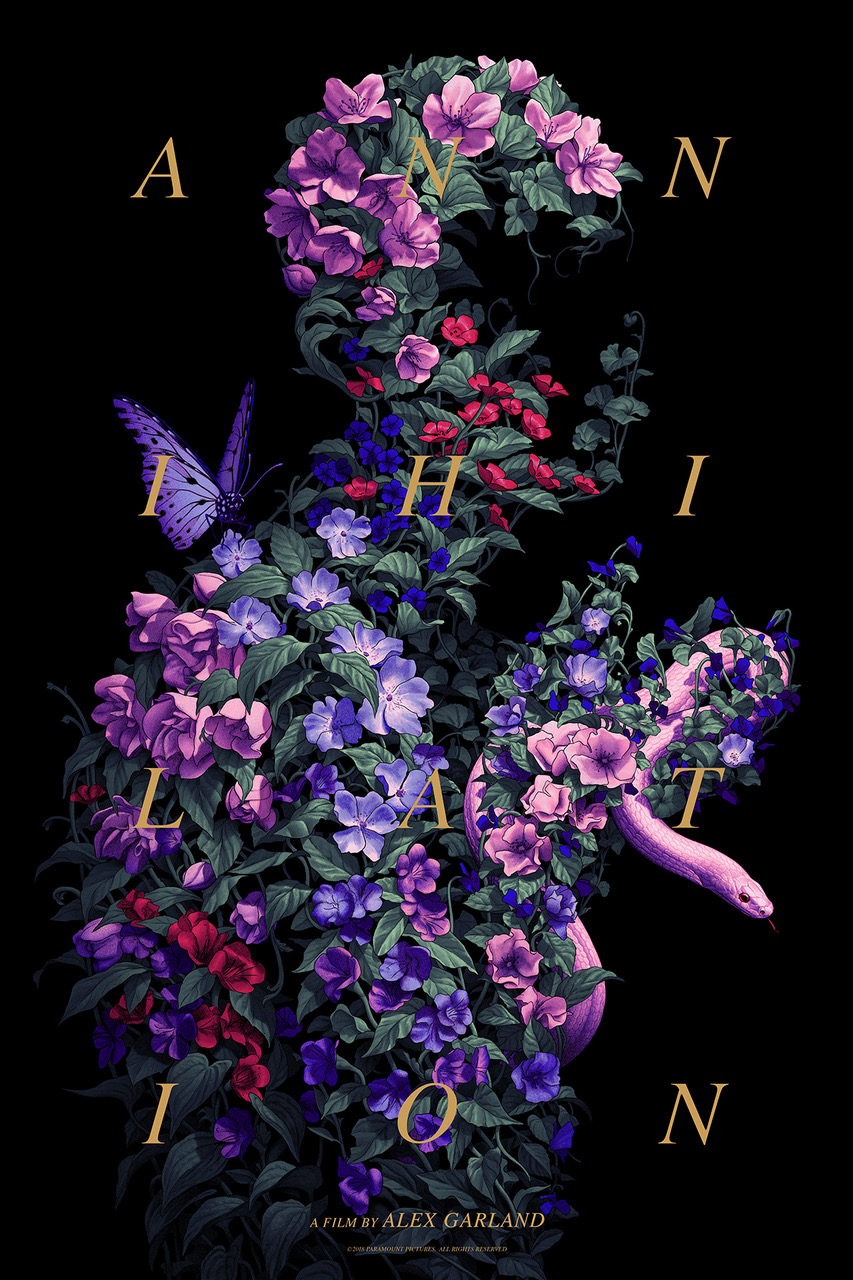 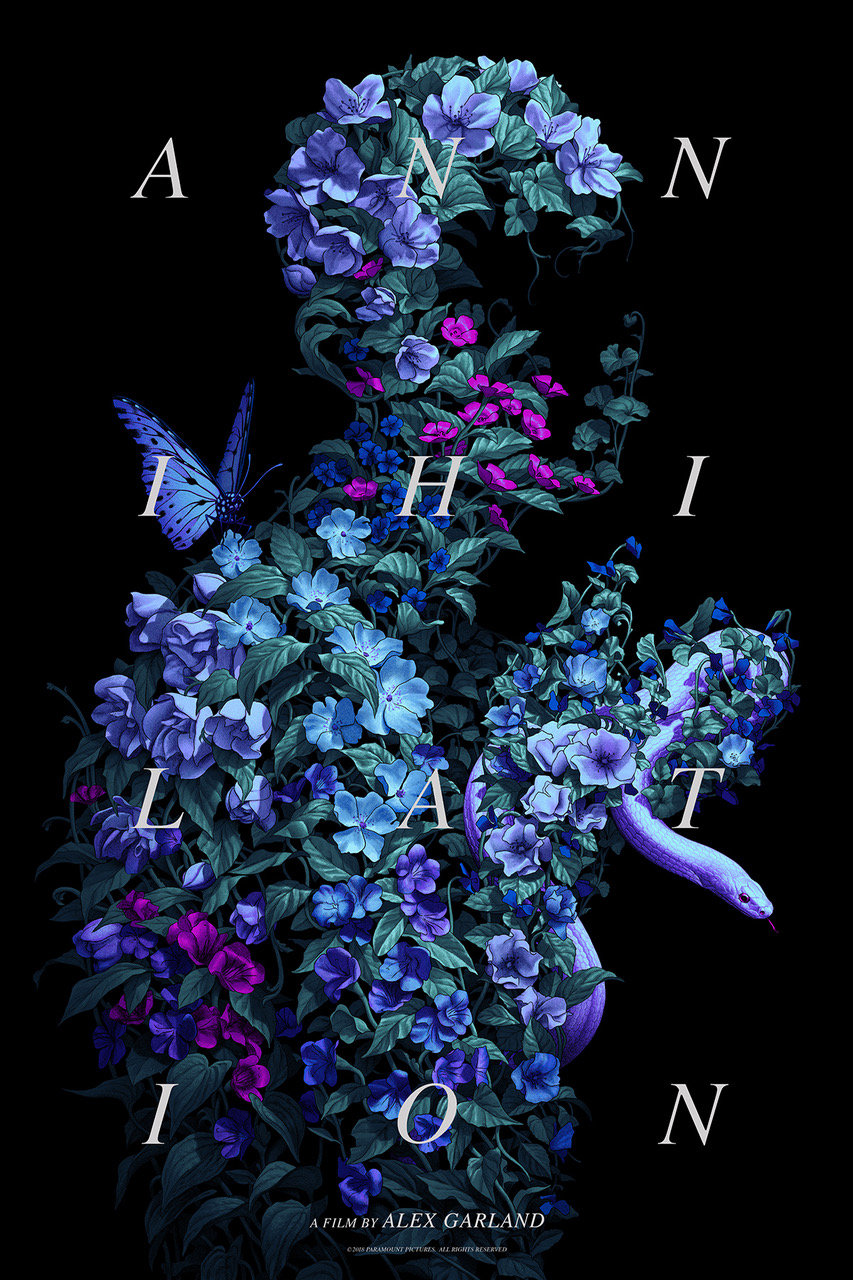