We are super excited to share that RORY KURTZ’S The Graduate poster, originally commissioned for Mondo was picked up by Studiocanal! One of the most beloved films of all times is newly restored in 4K to mark the 50th Anniversary of the movie. The art will be featured in both theatrical and blu ray release. We are super honored to be part of this anniversary release and are grateful to all that made this happen. It was a team effort to pull it all together and we so graciously sit back and admire the art and design. The release in UK will be on June 23rd, you can’t see this movie enough! 🙂 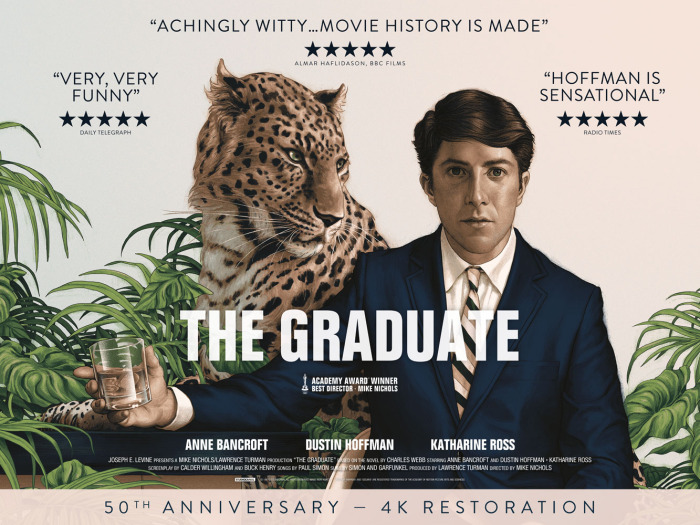