Here’s a fun piece by #lcmartist RYAN JOHNSON for his monthly column The Hoosierist for Indianapolis Monthly. Yes, there is indeed a tree growing in the courthouse roof. Read below for more.

“I call BS on the famous tree that lives in the Greensburg courthouse roof. Are we supposed to believe it has been there for a century and never gotten bigger? Actually, a tree has occupied that spot for more like a century and a half. But no one’s claiming it’s the same sprout that locals first noticed poking out of the Greensburg courthouse tower in the 1870s. After years of life (and service as a tourist attraction), that sapling died in the early 20th century. In the meantime, another tree—the one that’s there now—has taken root on the tower’s south side. The Decatur County Visitors Commission spends about $5,000 annually on its care, including regular visits from an arborist. Recently, a Purdue University expert stated that the tree is “almost certainly” a mulberry. Which explains a lot, because mulberries—which are attempting to colonize the cracks in the Hoosierist’s patio—can survive pretty much anywhere.” 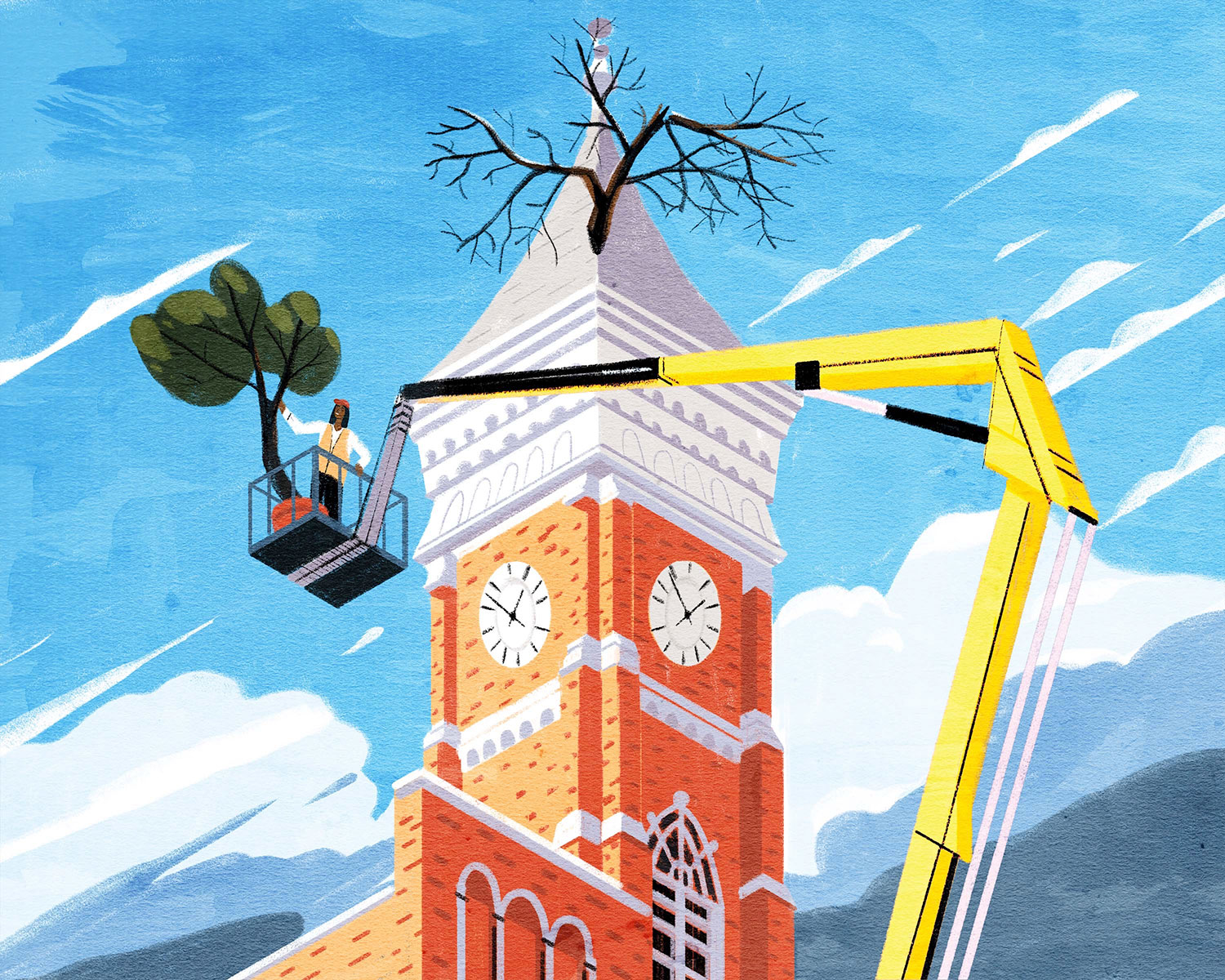