Here’s a crazy story illustrated by #lcmartist RYAN JOHNSON for Indianapolis Monthly about exploding manholes of all subjects! “A few years ago, manhole covers were exploding all over downtown. How did they solve that problem? A: From 2010 to 2015, downtown Indy was plagued by a problem that sounds like it was lifted from a Looney Tunes short—underground explosions in Indianapolis Power & Light tunnels caused manhole covers to launch into the sky like missiles. By some miracle, no one was ever injured, but planners were terrified there might be a blowout while the city hosted the Super Bowl in 2012. The problem was temporarily “solved” by locking down the covers around Super Bowl Village. IPL says the explosions were caused by electrical shorts that ignited volatile gases that accumulated underground. By increasing inspection of its lines and installing more locking covers, IPL seems to have permanently ended the problem—for them, at least. In 2018, a sewer line explosion sent a lid crashing into a minivan.” 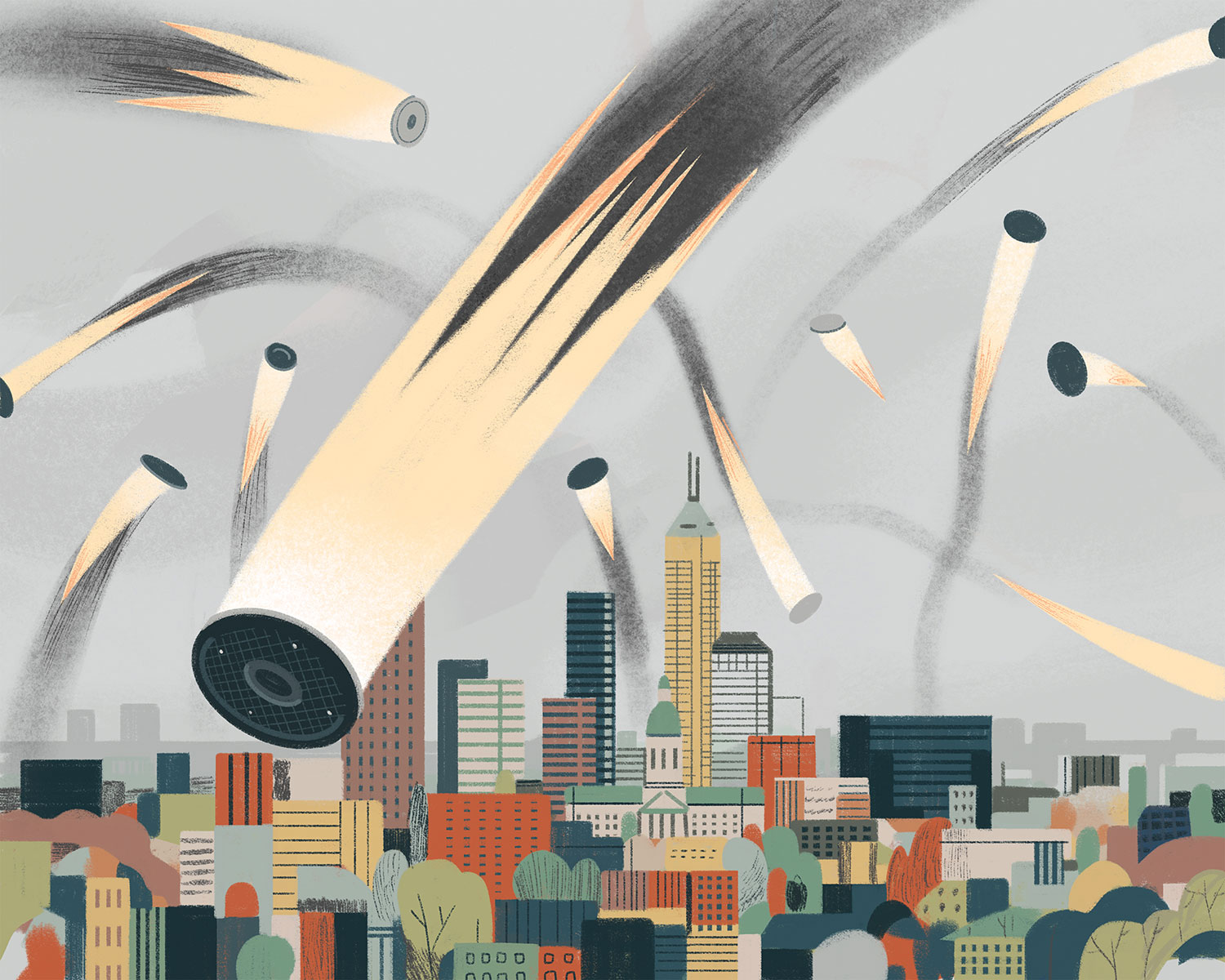