Who here still eats Wonder Bread? Well hopefully so because #lcmartist Ryan Johnson and Indianapolis Monthly are celebrating the centennial of the the iconic, Indy-originated carb!

“Wonder Bread debuted in 1921 when the local Taggart Baking Company started offering pre-sliced loaves swathed in colorful packages. These days, it’s produced by Flowers Foods, a Georgia conglomerate that churns out half of the middlebrow products in the grocery store bread aisle, including Tastykake and Sunbeam. The product’s most enduring Indy connection is the balloons on the bag, which were inspired by a 1909 balloon race at the new Indianapolis Motor Speedway.” 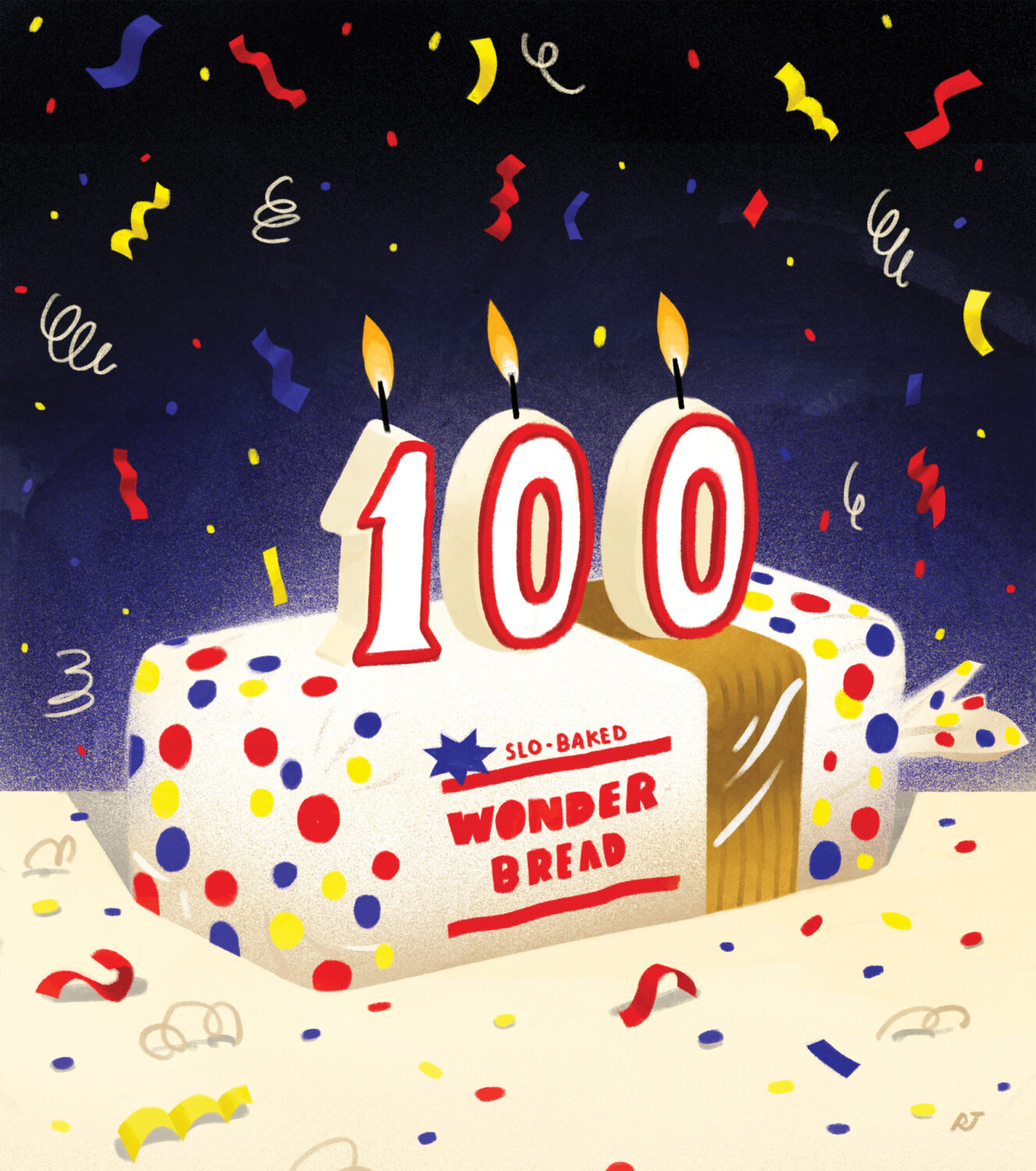