We’re so happy to be sharing this amazing new poster art by #lcmartist Ryan Johnson for Khruangbin with Vieux Farka Touré. This gorgeous poster was just released the night of the concert at the Santa Fe Opera in Santa Fe, NM.

“Khruangbin is a three-piece band from Houston, Texas, formed in 2009 with Laura Lee on bass, Mark Speer on guitar and Donald Johnson on drums. Taking influence from 1960’s Thai funk—their name literally translates to “Engine Fly” in Thai—Khruangbin is steeped in the bass-heavy, psychedelic sound of their inspiration, Tarantino soundtracks and surf-rock cool.” 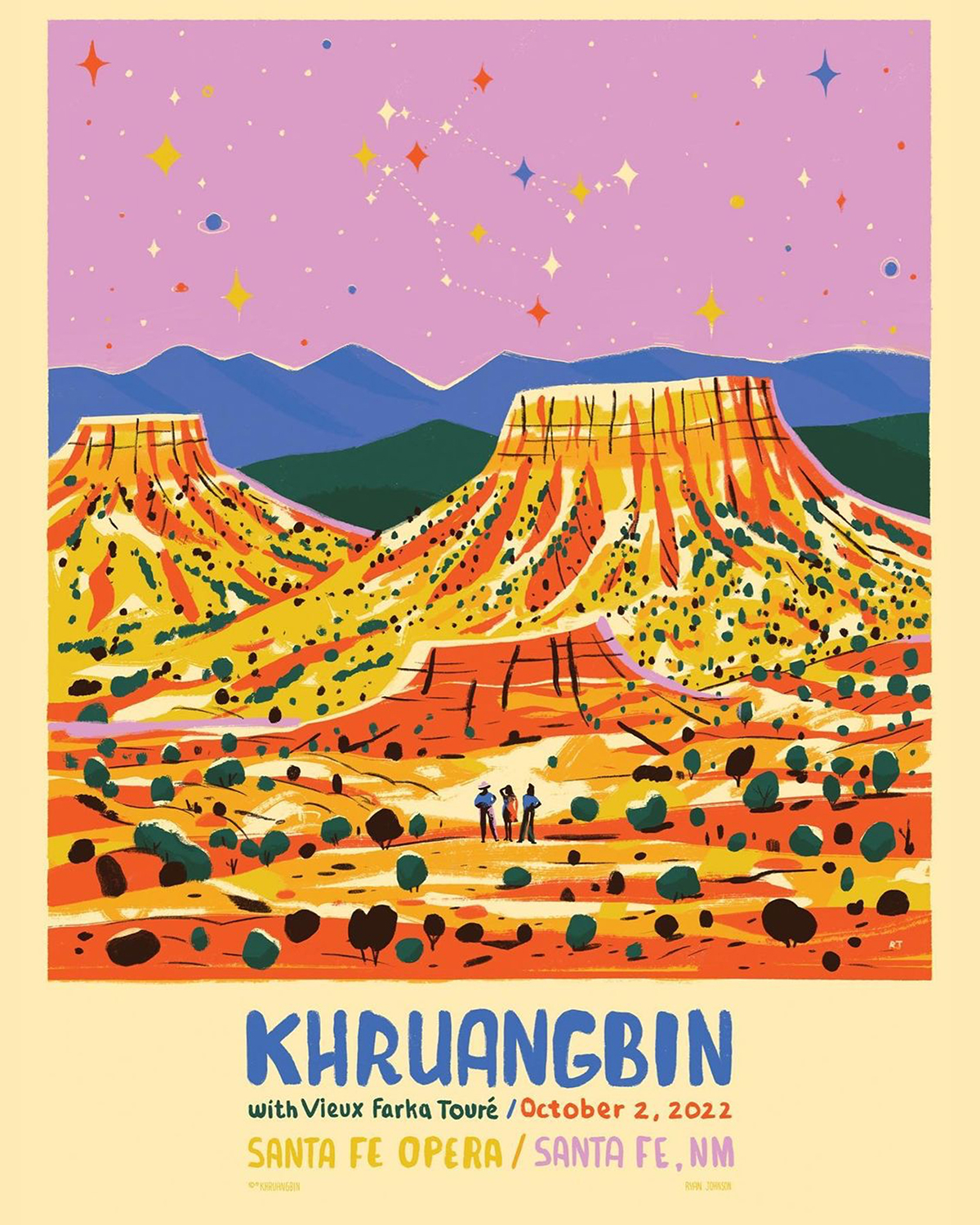