#lcmartist RYAN JOHNSON got to do more fun work for Ask The Hoosierist column at Indianapolis Monthly! The feature this month was called “So Long, Spaghetti Bowl: Interstate traffic, a church in ruins, and a monster truck museum.”

“When did the intertwined interstates downtown stop being called “The Spaghetti Bowl”? The Hoosierist wasn’t aware that this pasta-centric pejorative had fallen out of favor. For the record, the city calls this confusing confluence of traffic lanes the North Split—a Gordian Knot formed by the mingling of I-65 and I-70 on the city’s near northeast side. This 40-year-old tangle was nicknamed the Spaghetti Bowl almost from day one. But it wasn’t the first stretch of highway to earn such a moniker. The term goes all the way back to 1965, when the Gravelly Hill Interchange in England was referred to as Spaghetti Junction in a newspaper article. After that, complex highway loops in every corner of the world were called spaghetti-this and spaghetti-that. Japan went its own way, however, opting for the anime-ish term Tentacle Junction. Warning: Do not look up “Tentacle Junction + Japan” on Google. 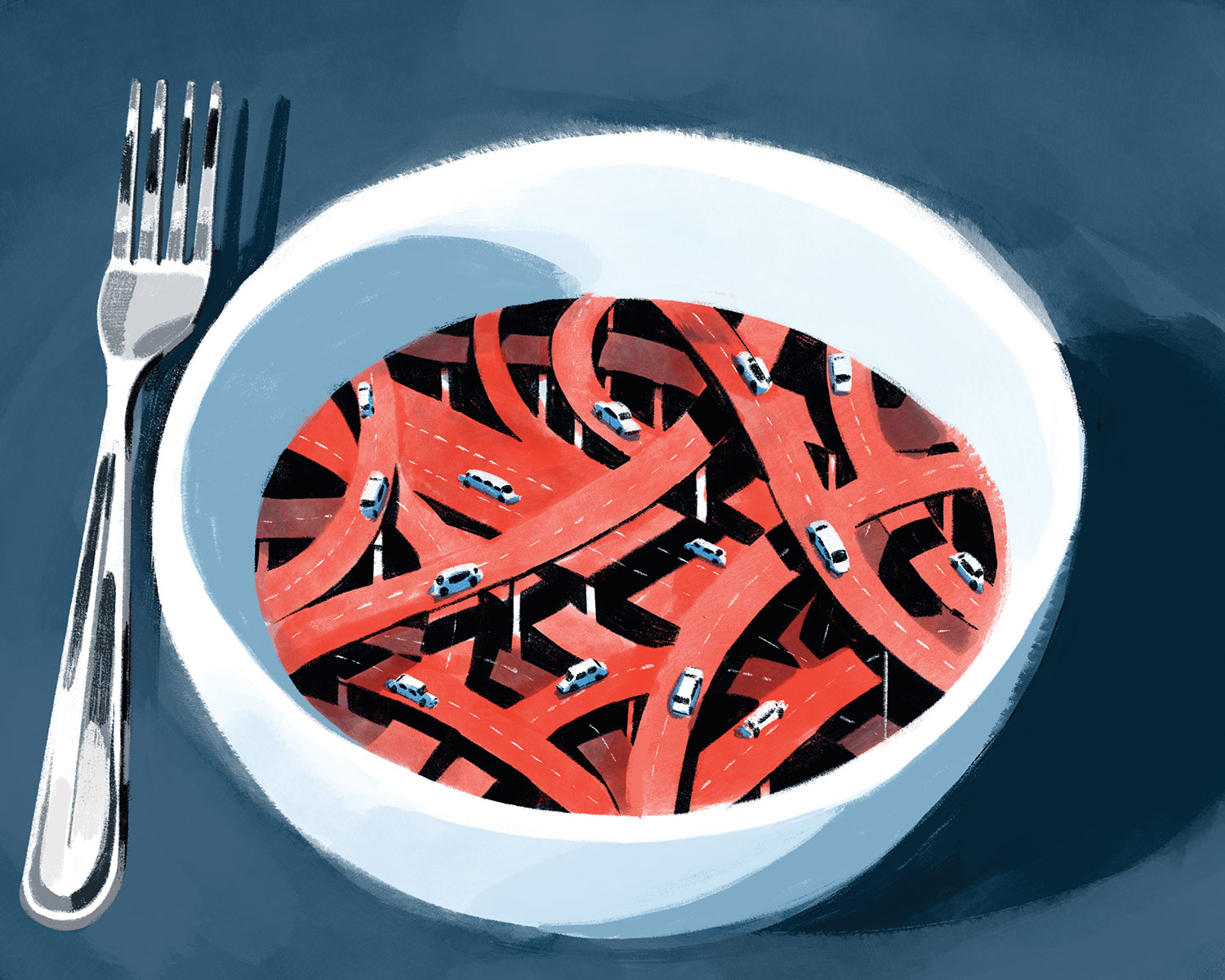