Huge congrats to #lcmartist Ryan Johnson for being accepted into AI-AP 41st Annual Competition! Art originally commissioned by @wepresent. Huge thanks to the wonderful jury for this honor! This piece was originally commissioned for their artists series on what artists would be in another life! In another life, Ryan, by no surprise would be a park ranger in Yosemite National Park in the mid 80’s.  He has no clue what Park Rangers do but in his fantasy he’s driving the roads and trails in a Ford Ranger trying to keep the park clean from the litterbugs. On occasion, maybe he would get to chainsaw a fallen tree blocking a road with a sterling view of Half Dome behind me. 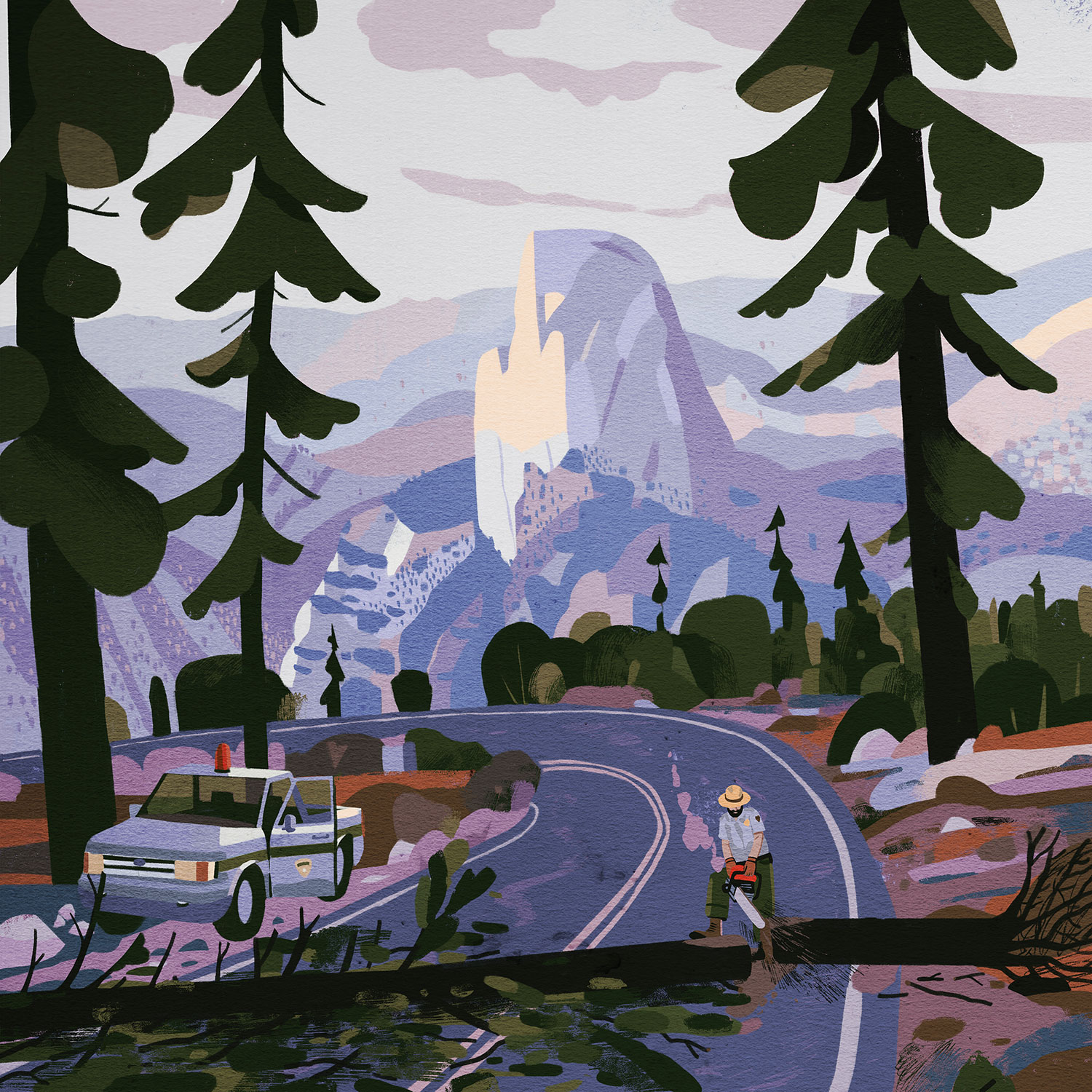