RYAN JOHNSON | WHAT LIES BENEATH FOR INDIANAPOLIS MONTHLY

Heres a great piece by RYAN JOHNSON for Indianapolis Monthly The Hoosierist column — called “What Lies Beneath” is about Indiana’s basement obsession. “Basements are as common as potholes in Indiana, but many parts of the country can’t have them. In much of the South, the water table is so high that if you tried to dig one, you’d wind up with a small lake. In the West, the soil can expand and contract so dramatically that basement walls would quickly crack. And in other locales, such as Texas, bedrock sits close to the surface and you’d need dynamite to blast out that subterranean rec area of your dreams. But in Indiana (and much of the Midwest), stable soil conditions make it easy to dig one. Because foundations in areas with cold winters must be dug below the frost line, builders have to bore down at least a couple of feet anyway. Since they’ve already rented a backhoe, why not keep going and put in a tornado bunker/laundry room/radon gas repository?” 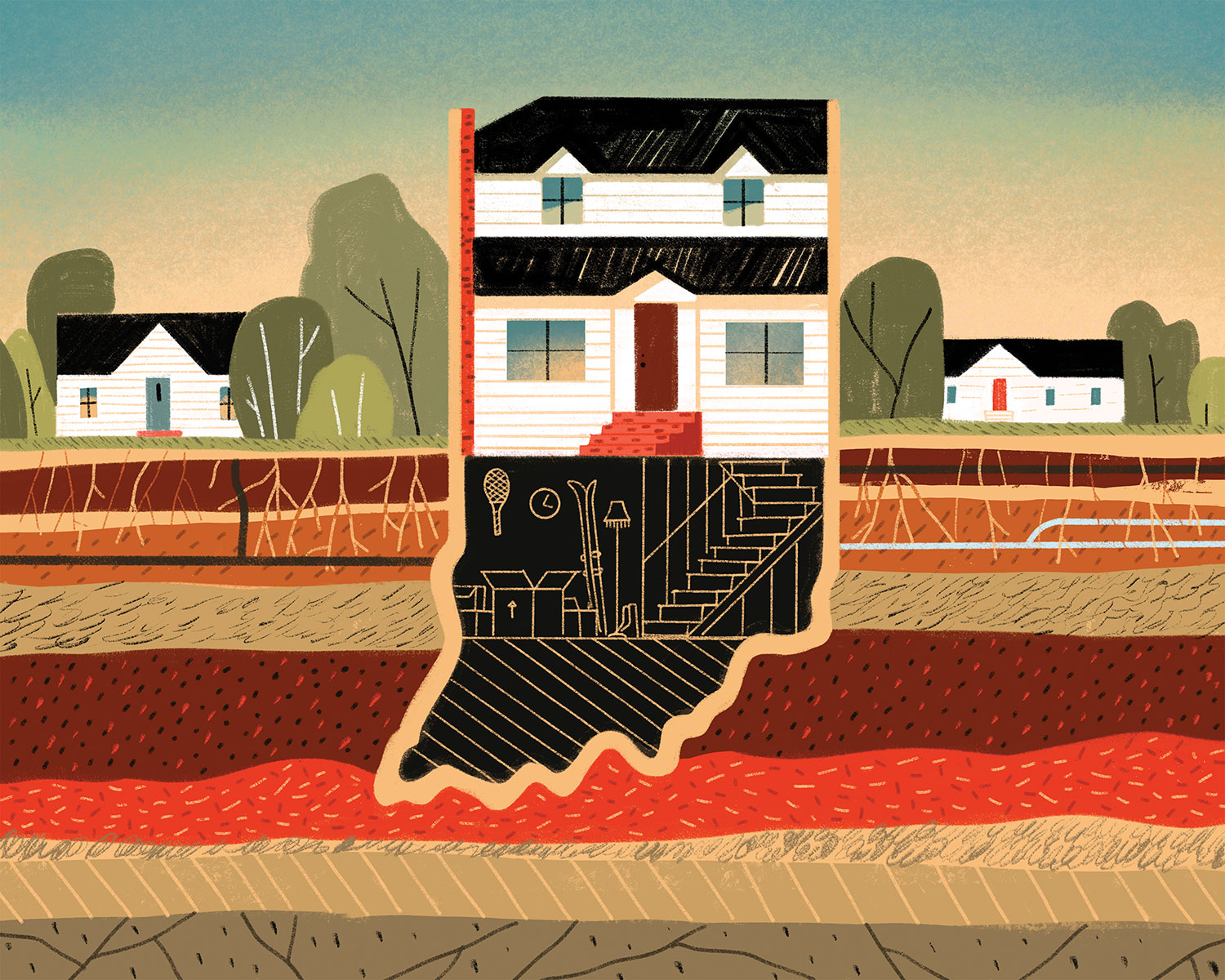