Here’s another fun illo by RYAN JOHNSON for SevenFifty Daily about “Horror Stories Importers Lived To Tell.”  It’s about the days on the international wine-trade route that went very, very wrong. This illo accompanies a funny store about oysters!

“It was 1973—my first wine-buying trip to France. I had just turned 32 and did not yet speak French. My previous life had not prepared me for my new métier. My parents liked booze—the harder stuff. And to my mother, frozen TV dinners had been the greatest innovation of the 20th century. I spent two nights in Paris recovering from the long SF-NY-Paris flight. My first meal was in a typical Parisian bistro near the Place Saint-Michel. I had never eaten raw oysters. They arrived on the half shell, and they were rather large (but of course I didn’t know that oysters came in different sizes). I took up knife and fork and began the awkward process of cutting off bite-sized pieces—laborious because the shells were not a flat cutting surface and there was all that liquid to cope with. When finally I had downed 12 of the delicious little beasts, my waiter came to pick up the plate. He stopped, stared, and after five or six heartbeats, during which his eyes grew larger, I heard him say one word: ‘Massacre!’” 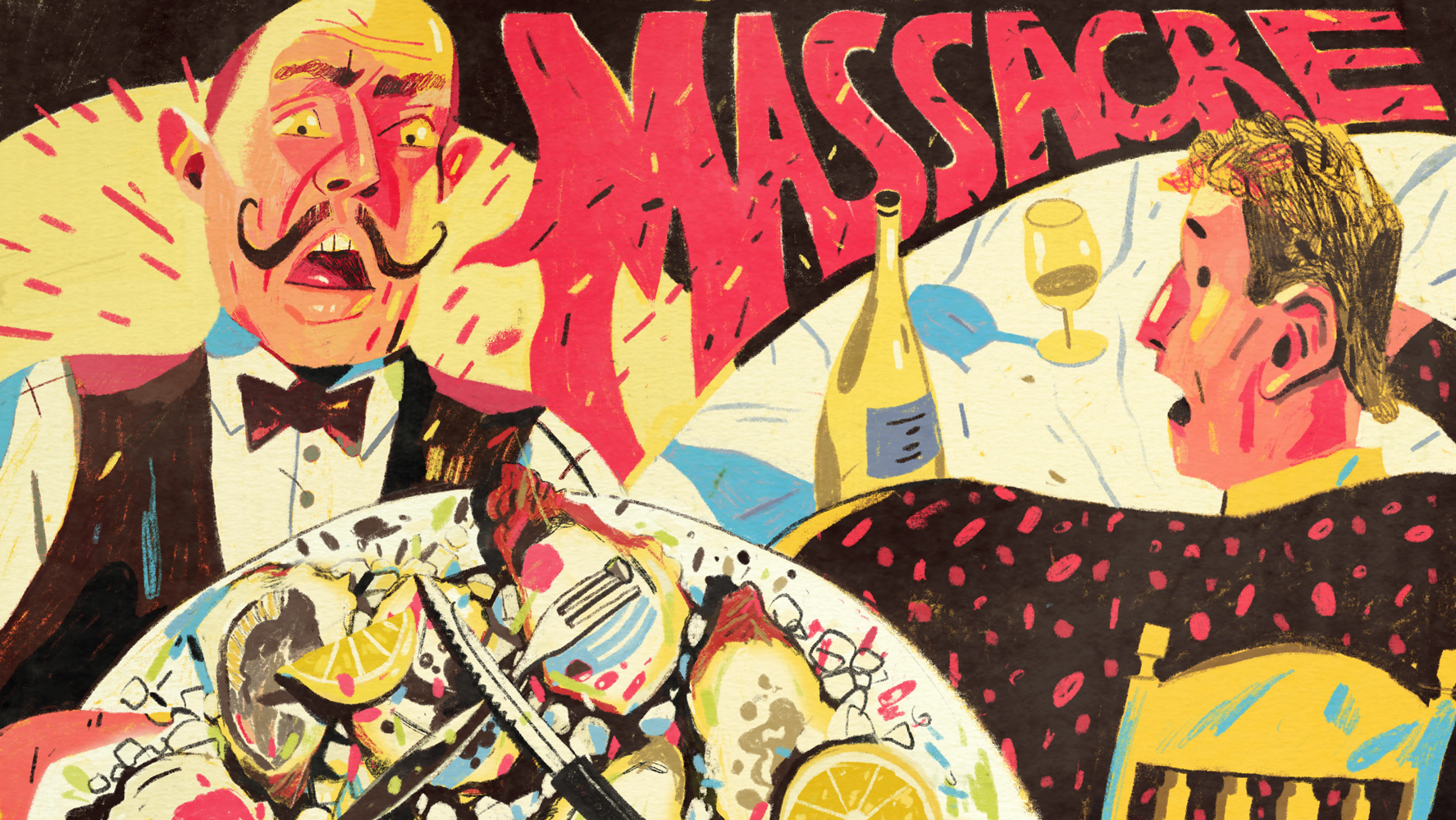