ZE OTAVIO has football fever. Here’s a portrait of Franck Berteau who is freelance journalist who just put out a book called Le Dictionarre Des Supporters (The Dictionary of Supporters). In the book and in his interview, he says that the sale of big European clubs to foreign investors is changing football – so is the end of the supporters. This portrait was for the football edition of Superinteressante Magazine. Loving this portrait! 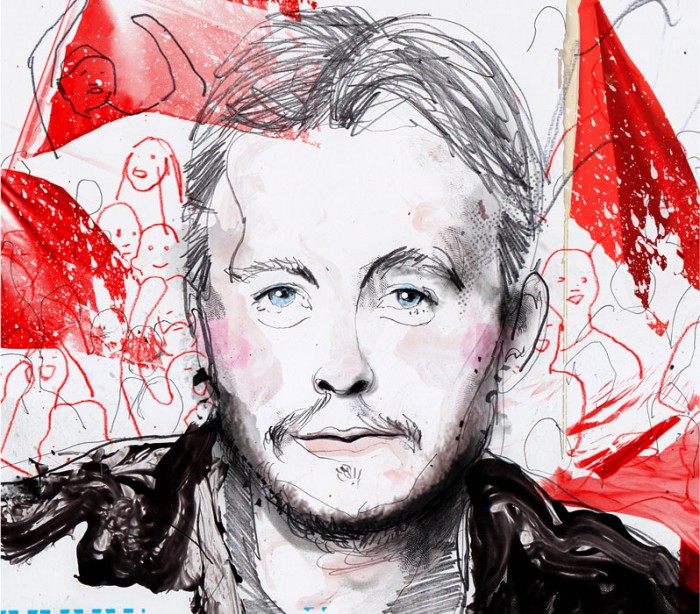 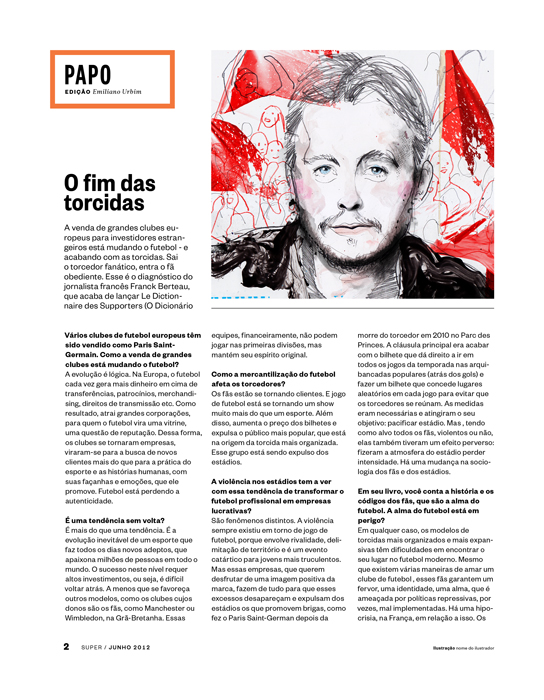