Levy Creative Management artist ZE OTAVIO changes it up a bit from his usual portraiture work and does this incredible piece for Folha de S. Paulo Broadsheet. This illustration was done for a story called “High-Tech Trauma” that talks about the potential psychological problems caused by the social network and smartphones, based on the book iDisorder by Larry Rosen. 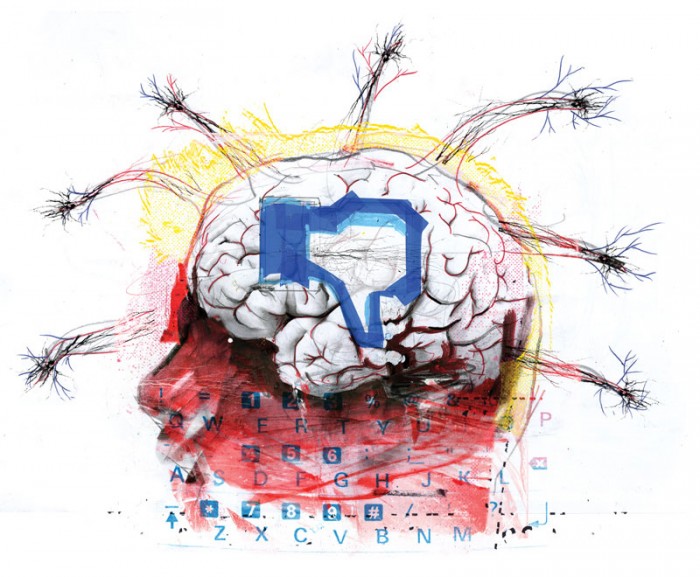