Here’s a beautiful new portrait by ZE OTAVIO for Vida Simples Magazine. The portrait is of Valter Hugo Mãe, the artistic name of the Portuguese writer, Valter Hugo Lemos (Henrique de Carvalho, Angola, September 25, 1971). He is also an editor, singer, plastic artist. Valter Hugo Mãe received the José Saramago Prize in Literature in 2007 for his novel O Remorso de Baltazar Serapião.” Zé’s collage and typography throughout this piece is so fitting! 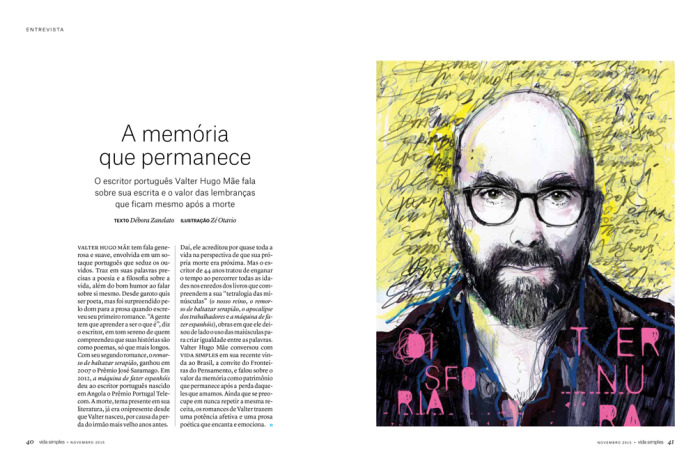 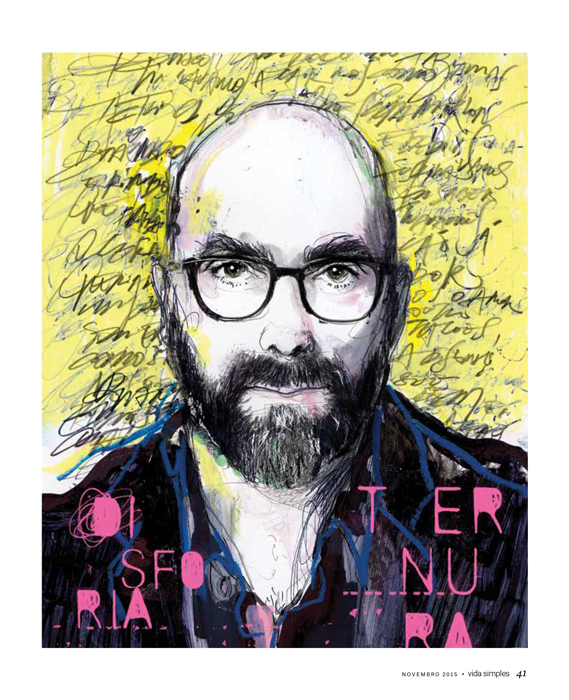