Here’s a spectacular new series by ZE OTAVIO that we’ve been so excited to share. These illustrations for an article called “Yoga Rebel” (what could be a better title!!!) were done for Yoga Journal & are about five teachers that will likely change the way you think about yoga. The featured rebels are: Jocelyn Gordon (Bhakti Boogie Yoga); Wang Bo (HungryMonk Yoga); Francisco Kaiut (Kaiut Yoga); Mark Divine (Warrior Yoga); and Brooke Boon (Holy Yoga). The May issue goes on sale today so go pick up your copy and read on. Namaste rebels! 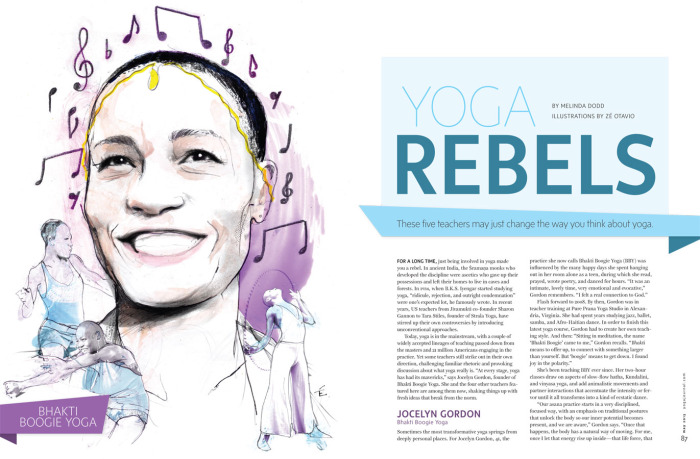