GONCALO  VIANA was recently invited by Los Angeles gallery Iam8bit, to submit a piece for their upcoming show: SEQUEL – Artists Imagine Movie Sequels That Were Never Made. Gonçalo did a poster for a sequel to the movie 1984, titled it 2084. He chose the film 1984 and tried to imagine how it would fare in the social media age.

The show has been receiving great press, here’s a clip from Entertainment Weekly.
Over 40 Artists Imagine Movie Sequels That Were Never Made. The show will open on Nov 13th from 7:00pm-11:00pm. Hope our LA friends will go check it out!

To get more information about the show, click here! 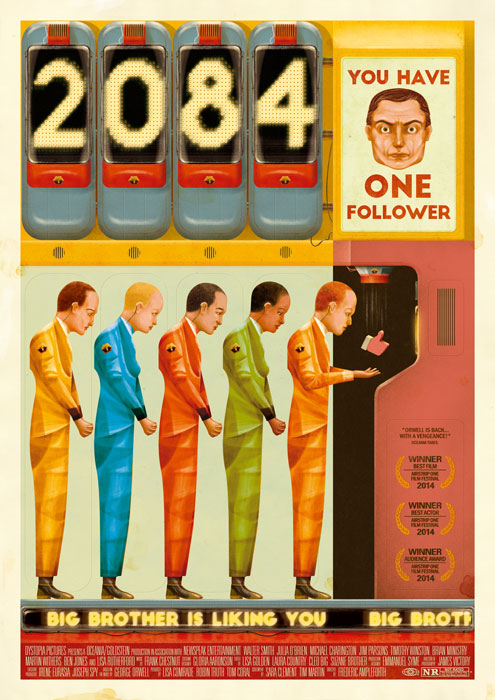