ZE OTAVIO is featured in a new Brazilian fashion magazine called Cat Magazine. And to boot, we’re happy to share that Cat featured a little blurb about Zé (along with his photo!) What’s better then being commissioned to do a fashion illustration that includes a cat for an  article called “Paper Dolls!”

“The artist Zé Otavio like to be inspired by the human anatomy. From the curves, or lack of them, he extends the lines to touch on topics such as female sexuality, androgyny and urban chaos. The male gaze with anthropological accent he adds prosaic elements as nail polish and coloured tape. “I wanted to insert something slightly three dimensional in the drawings, trying to resembling fabric, dress….”. His job is the sum of several techniques from pencil graphite to typography and calligraphy. “Those culminated in my current style” he says. The Plus Gallery in Goiânia, exposes by the end of the year, another step of his series called Violent Dreams – the same that put him on the list of 200 best illustrators in the world, the Luerzer’s Archive mag. Since in Ornitorrinco Gallery in Sao Paulo has a collection of works by Zé Otavio that are sexier, slightly soft-porn with fashion concept.” 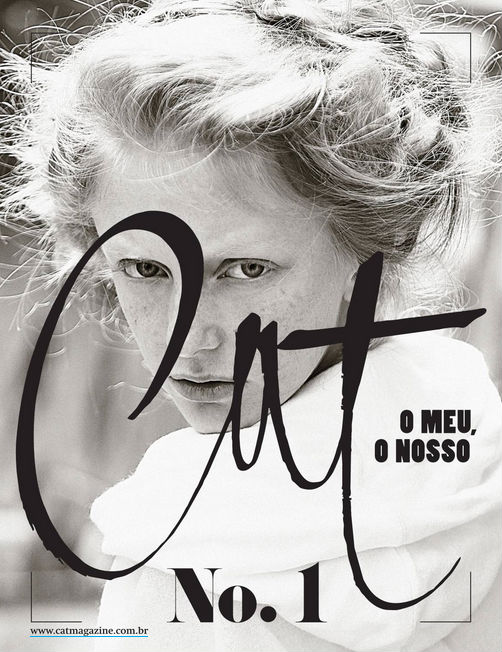 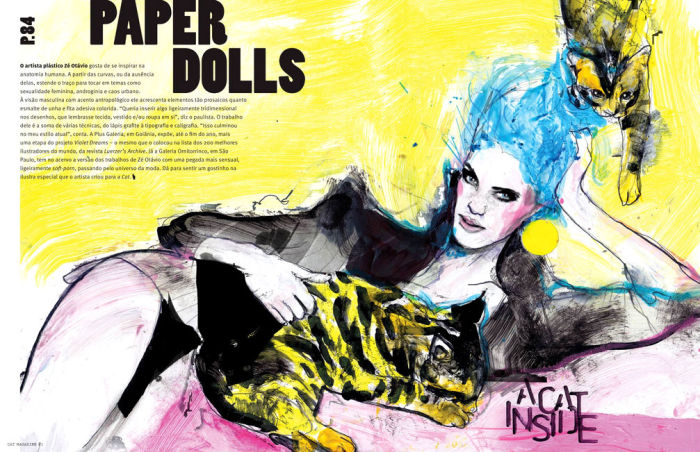 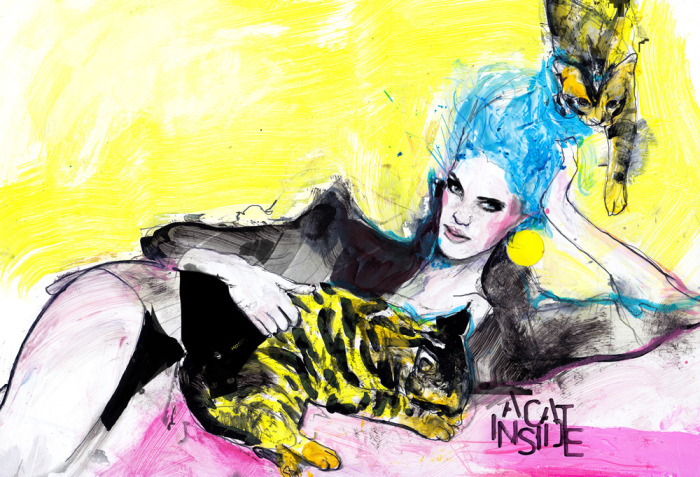 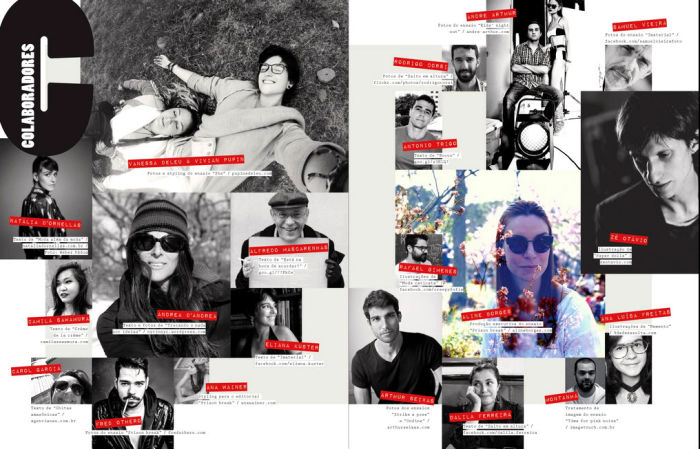