Here’s a great new illustration by GONCALO VIANA for Livros do Oriente, for the cover of the book “Requiem por Irina Ostrakoff” (in English “Requiem for Irina Ostrakoff”). The book tells the life story of a Russian aristocrat who fled Russia after the revolution and ended up living as an expat, often in dire conditions, in the Far East. 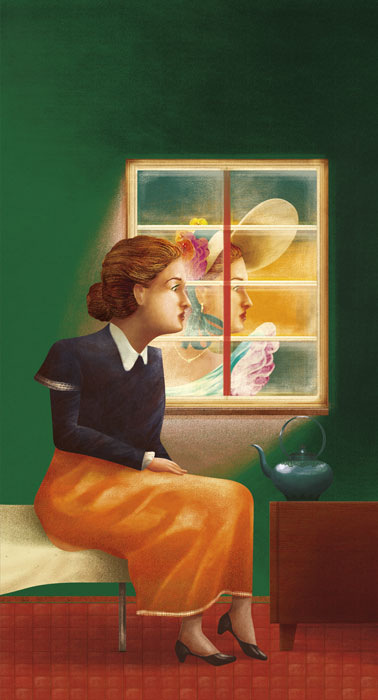