Here’s a great new illustration by GONCALO VIANA for UP, the in-flight magazine of TAP, Portugal’s national airline. The article called “Electricity from Renewable Sources – 1130 Hours of independence” is about the use of renewable energies in Portugal. “In 2016, Portugal made history when, for four days, it only consumed electricity from renewable sources. A remarkable story that began two decades ago.” 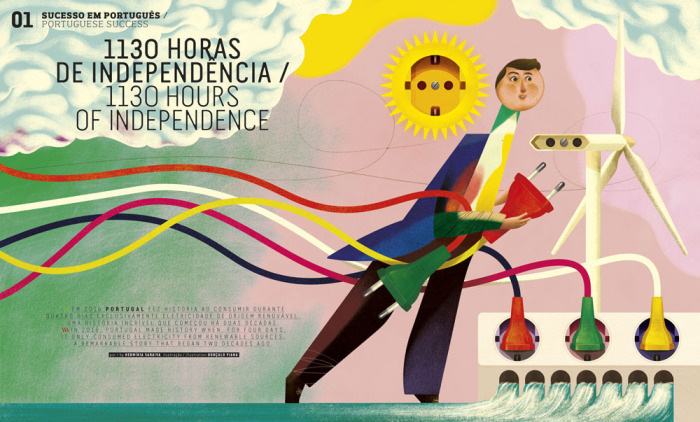