Super excited to bring you #lcmartist JEREMY ENECIO‘s new portrait for BBC America’s Dr. Who series. Introducing Dr. Ruth Clayton, “an incarnation of the Doctor, identified as such by the Judoon and the Thirteenth Doctor’s sonic screwdriver, had a history of working for officials on Gallifrey. She served in a role she had not signed up for, and which she sought to abandon. At one point, she hid out on Earth using a Chameleon Arch, taking on a human identity as “Ruth Clayton”. 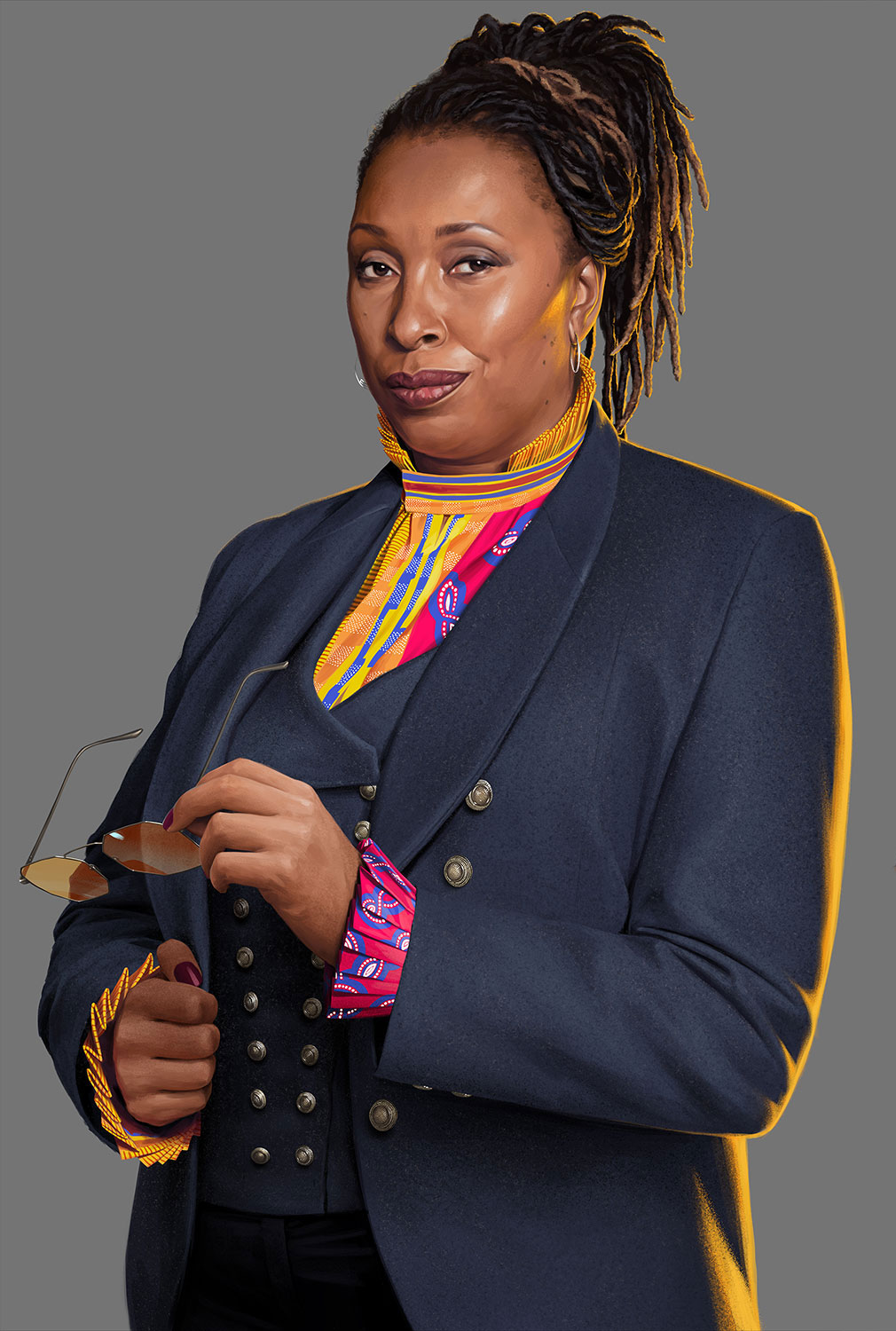