Here’s a fun piece by #lcmartist MICHAEL BYERS for Sports Illustrated for Kids on craziest coincidences. “Believe it or not…These coincidences are almost too weird to be true. We’re not saying creatures from other planets or dimensions are involved. But we’re not not saying that either. Moonshot Weirdness: Hall of Fame pitcher Gaylord Perry had a rubber arm, starting at least 37 games in ten different seasons and tossing 303 complete games. That meant a lot of innings pitched (5,350), but also a lot of at bats during his first ten seasons, spent with the National League’s San Francisco Giants. Unfortunately he didn’t give Giants fans much hope in the ninth spot. During the 1964 season he managed just three hits in 56 at bats, good for a .054 average. That year, his manager Alvin Dark declared: “Mark my words, a man will land on the moon before Gaylord Perry hits a home run.” Well, he was right—barely. On July 20, 1969, around noon in San Francisco, the Apollo Lunar Module Eagle touched the lunar surface. At Candlestick Park, the crowd watching the Giants play the Dodgers observed a moment of silence for the astronauts. Half an hour later, Perry drove a pitch from Claude Osteen over the wall. That’s one small step for man, one Giant leaping at fan’s cries.” 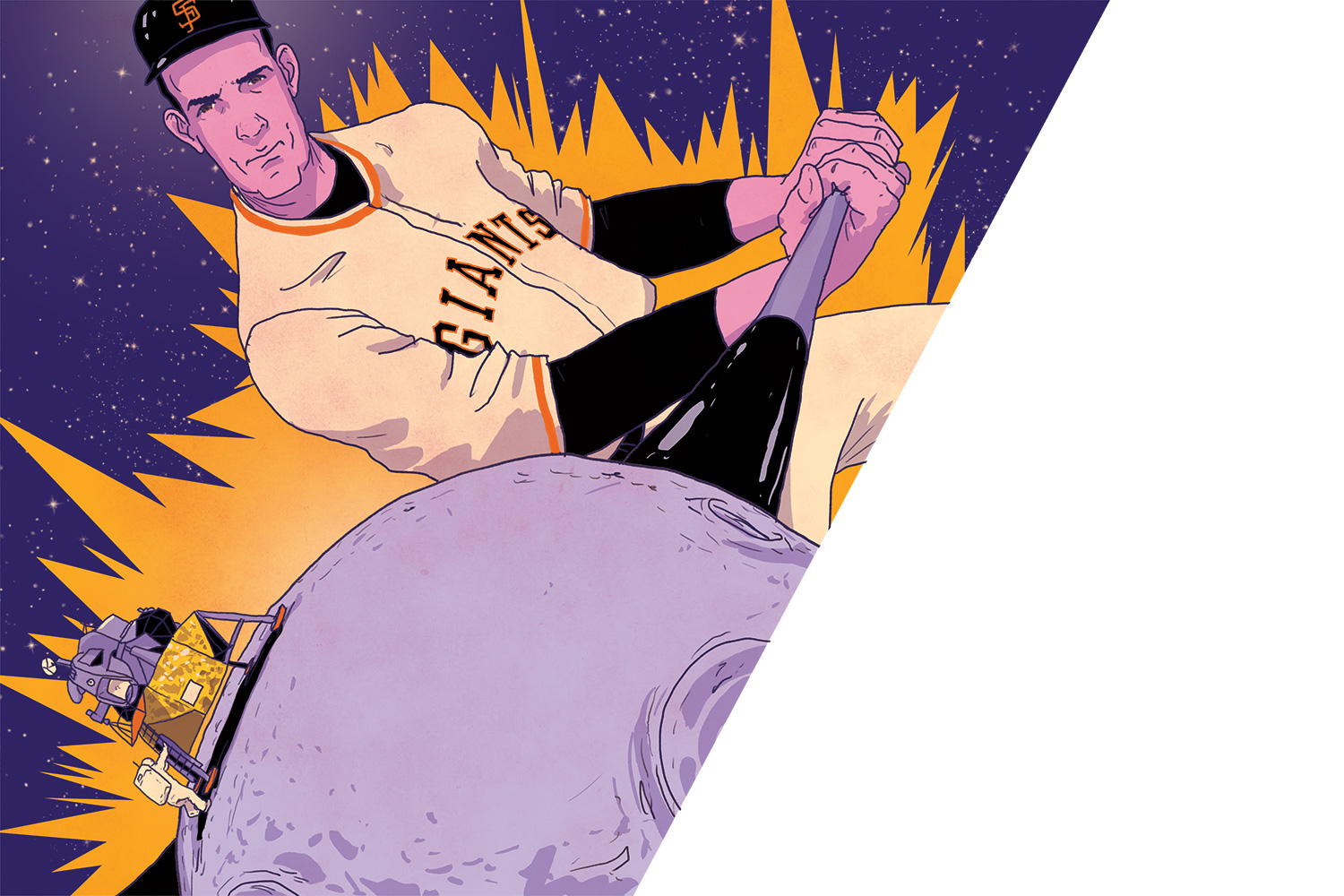