We are so incredibly proud of KAKO for once again being accepted into 2013 Latin American Illustracion 2 collection. From 431 images, only 29 were selected to represent the best images from Latin America. The 29 selected images will be presented in New York City at AIAP’s two exclusive events in November, The Big Talk on November 6th & at The Party on November 7th!

This piece was originally commissioned for a book project called “A Donzela Sem Mãos e Outros Contos de Fadas” for Escrita Fina Edições (The Girl Without Hands and Other Fairy Tales written by Helena Gomes.) Congratulations Kako, this piece is absolutely incredible. 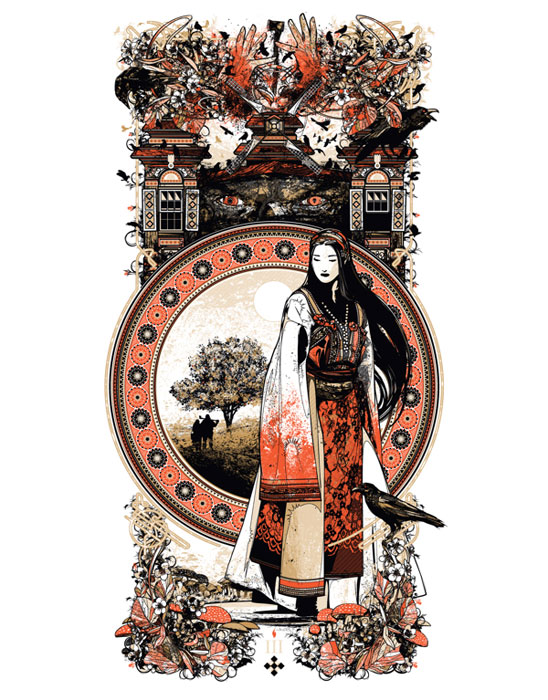