KAKO is back with THE KILLS! On exhibition from July 24th to August 5th at Cartel 011, Rua Artur de Azevedo 517

For every show they produce, Popload Gig invites an artist to design a limited edition screen printed poster to be sold at the venues during the shows. KAKO was thrilled to be invited to create the poster of one of his favorite bands: THE KILLS. A black beetle fashioned with golden leopard pattern and that marvellous black Hofner. He really couldn’t ask for more… Or could he?…

Yes, as a matter of fact, he could. So he had the pleasure of working for the first time with Rogério Maciel, head of Estúdio Elástico and a master of the screen print craft. In between pots and pans, together they spent a great time at his studio, talking about art, the beauty of screen printing and mixing colors, frying their little brains in search for a perfect match between the petroleum dark gray and an aged metallic gold for their poster. Baby says it’s all about a few drops of yellow… Rogério is very meticulous and a perfectionist when it comes to his prints. And the proof was a set of stunning prints.

So, as the last day of magic came to an end, Kako left the posters behind to dry as he waved the last goodbye. All he had to do now was head back home and get ready for The Kills. 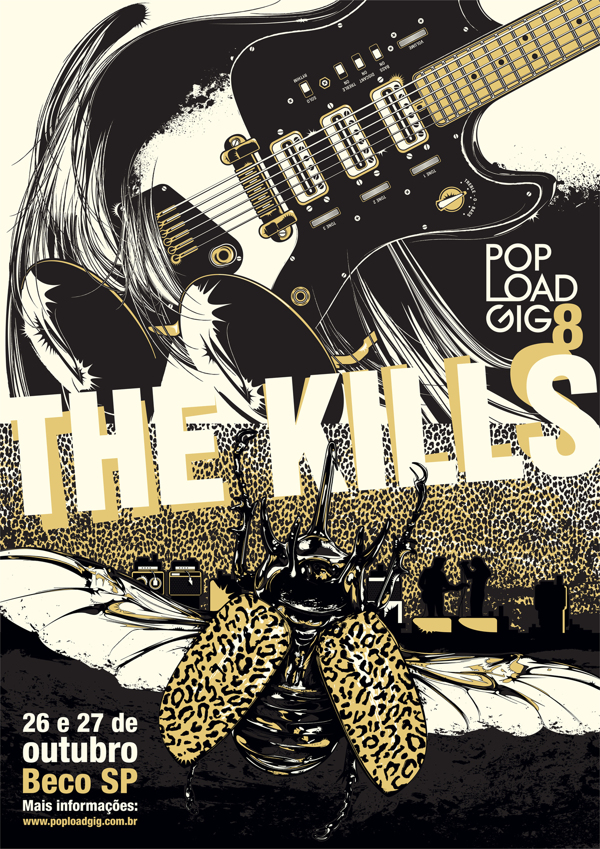 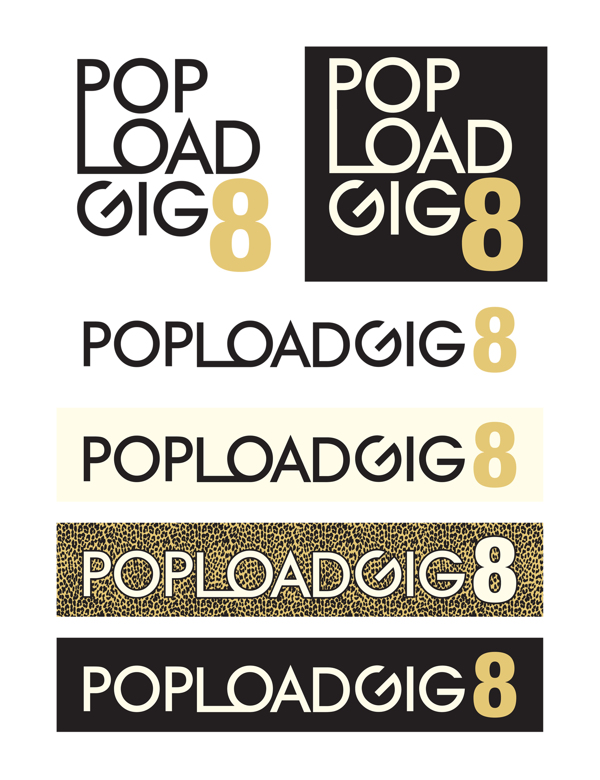 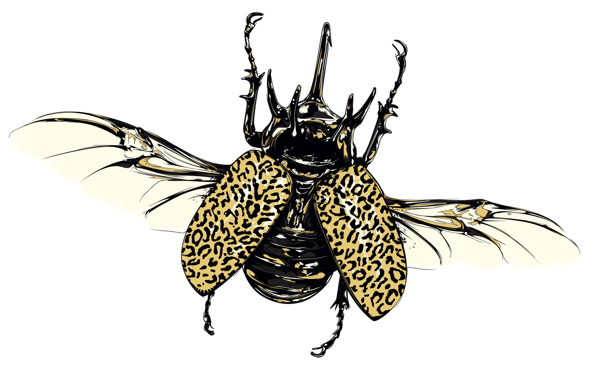 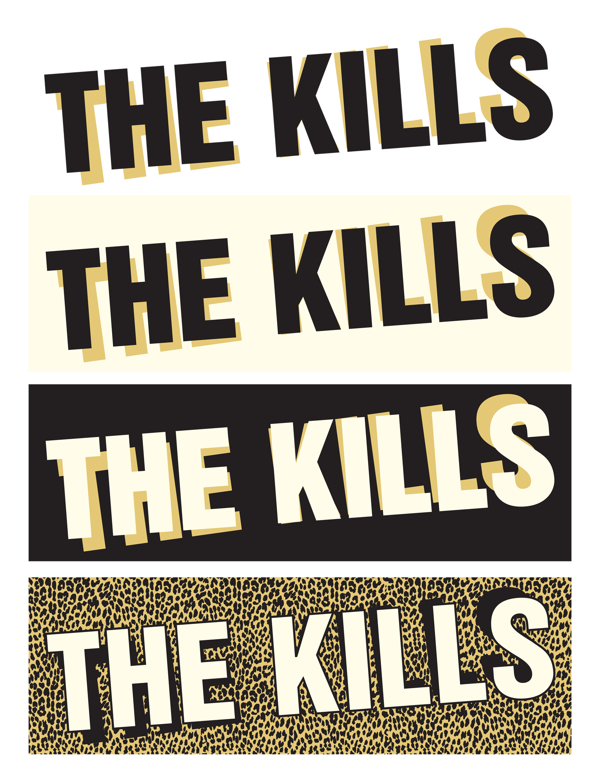 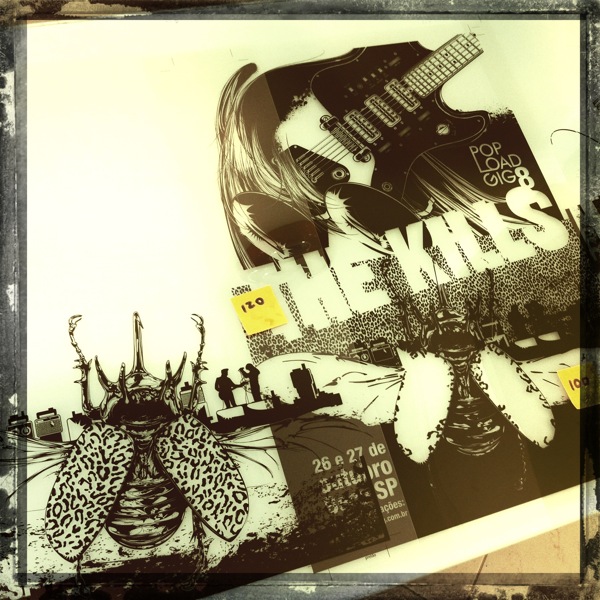 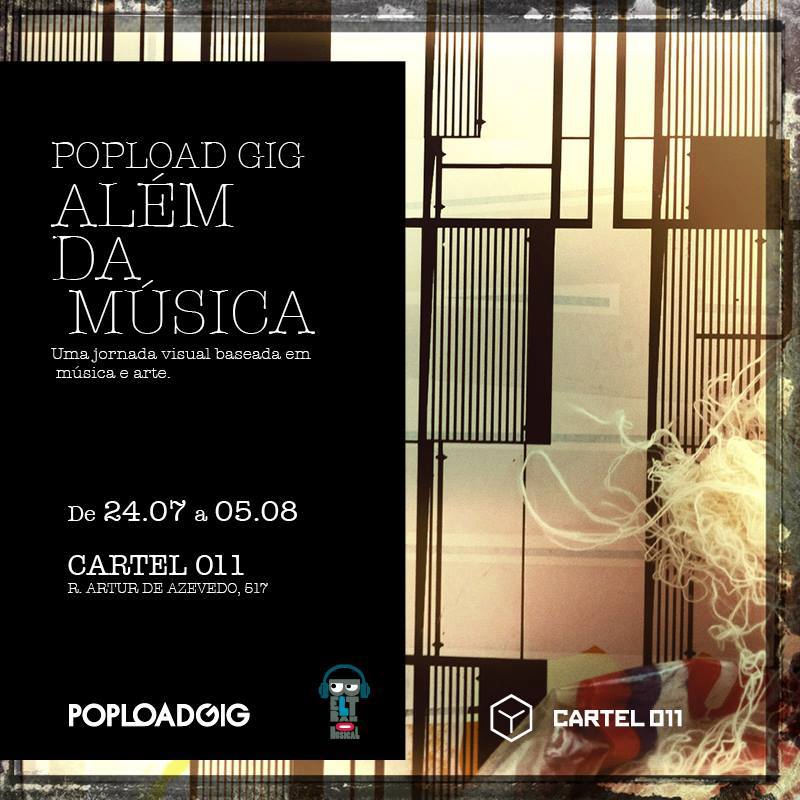