MICHAEL BYERS got to be part of an exciting new magazine launch by Hearst called TrendingNY. “The newspaper-magazine hybrid is a free weekly publication that will be distributed Sept. 8 through Sept. 30. This translates into four issues, distributed from Monday through Wednesday of each week. Each issue will have a print run of 50,000 copies and be handed out in the New York metro area, including key neighborhoods in Brooklyn and Queens. The paper, which will focus on New York–centric cultural events, restaurants and what’s in stores — all that week — is edited by Emily Cronin, a former acting features editor at Harper’s Bazaar U.S. and Elle U.K.” The magazine is targeting Millennial women and has a very strong focus on fashion and beauty.

Mike was lucky enough to work on four illustrated maps with the great Robert Priest & Grace Lee (Priest+Grace). The first Beauty Map on Greenich Village is inspired by the New York fashion week designer Misha Nonoo and gives us all a tour of her neighborhood’s top health and beauty spots. 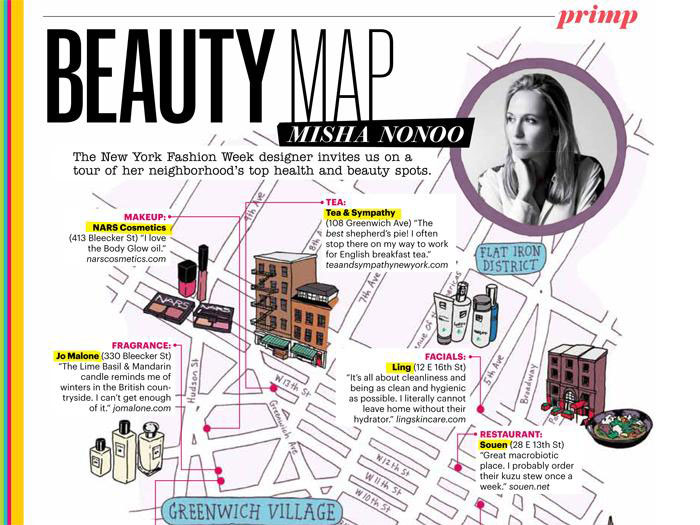 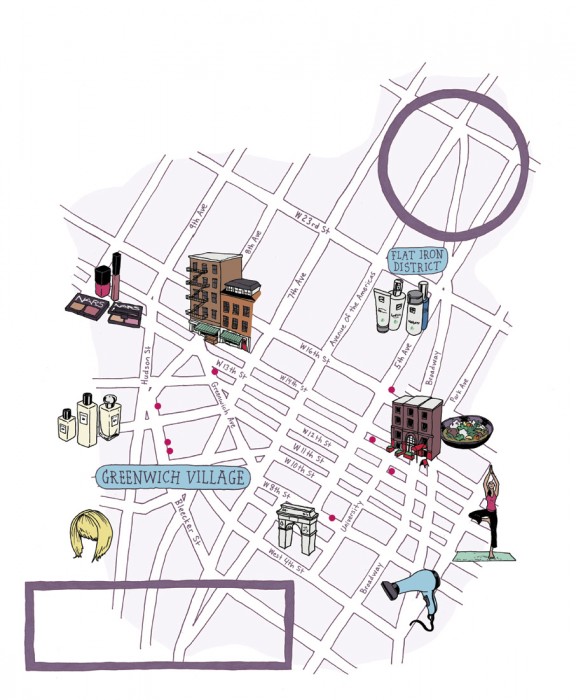 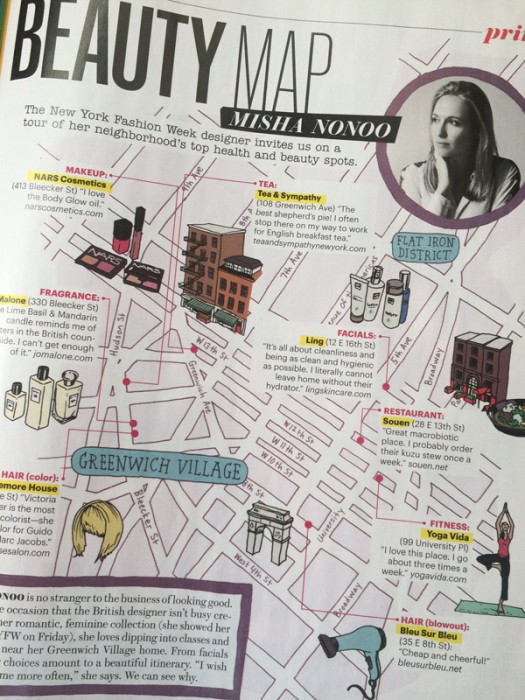